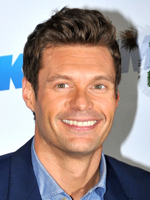 A hectic Hollywood Week continued last night on ABC’s American Idol, starting with a continuation of the group round. Then, contestants gave solo performances, which judges Katy Perry, Luke Bryan and Lionel Richie used to select the top 40.

Sunday night’s episode ended on a cliffhanger as the group Ain’t Going Home awaited the fate of one of their members Nate Walker, who was sent to the hospital. He ended up only spending a couple of hours there before returning to sing with the group. They sang “The Longest Time” by Billy Joel, and there were a lot of issues. Walker’s illness affected him significantly, and he didn’t want to sing his full solo, but when the performance was over, the judges pushed him to sing it. Despite the issues, Walker, along with his groupmates Gazzie White, Logan Johnson and Ruthie Craft, all advanced.

After that surprising result, the group round concluded, and it was time for the final solo performances. Seventy singers had to be whittled down to 40. Some of the highlights:

Walker Burroughs breezed through to Hawaii with a performance of Elton John’s “Your Song” that impressed the judges.

Kai the Singer tackled Freya Ridings’ “Lost Without You,” showing off lots of fun vocal tricks.

Margie Mays was emotional heading into her solo performance, but after encouragement from her vocal coach, she pulled it together for her performance of “Never Be Enough.”

Tyler Mitchell sang “Broken Halos” by Chris Stapleton. Unfortunately, he forgot some of the words due to nerves.

Nate Walker was back and seemingly feeling a little better, though he still struggled vocally. He sang “Always on My Mind” by Willie Nelson. Perry said his singing was “all over the place,” and Bryan called it “rough.”

Tyler Mitchell sang “Broken Halos” by Chris Stapleton. Unfortunately, he forgot some of the words due to nerves.

Jeremiah Lloyd Harmon performed “First Time Ever I Saw Your Face.” He hit a big note that made it one of the most memorable performances. “He is an amazing singer,” Bryan said mid-performance.

Singing “Daughters” by John Mayer, Kate Barnette showed a creative, indie side that made the song her own.

In the final performance ahead of deliberations, Johanna Jones sang “Wicked Game.” Her boyfriend Matt surprised her and proposed, making for a dramatic ending. Johanna’s parents, who were in the audience at the Orpheum, seemed shocked – but not as shocked as Perry, who dropped to her knees under the judges’ desk and ugly-cried so hard that her makeup artist had to be dispatched to the scene. “Why won’t someone love me like that?” she howled melodramatically. Obviously the episode was taped before Katy’s significant other, Orlando Bloom, popped the question himself.

The contestants were then divided into rooms and given their fates. Two rooms advanced, and one was cut. The room eliminated included Juan Pablo. Contestants who advanced to the showcase performances in Hawaii included Raghu, Cormier, Aranda, Island, Harmon, Booth, Mays, Barnette, Khai the Singer, Tran, Trinidad, Townsend, Walker, Robinson, Uche, Cota and Burroughs.

The top 40 will perform their showcases on Sunday night.