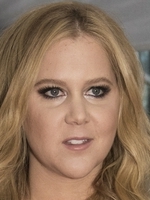 Comedian Amy Schumer is getting personal in her new Netflix special, Amy Schumer: Growing, according to multiple reports. The 37-year-old talks pregnancy and marriage, and in the process, reveals that her husband Chris Fischer is on the spectrum.

She tells the Chicago crowd in the special: “I knew from the beginning that my husband's brain was a little different than mine. I have to start this over because I really want to get this right because I love him very much.”

“My husband was diagnosed with what used to be called Asperger's. He has autism spectrum disorder. He's on the spectrum. And there were some signs early on,” Schumer says, before telling a story of how her husband reacted abnormally to her falling down during a walk together. “Nine out of 10 people would go, 'Oh my god, are you OK?!' Maybe more like 10 out of 10 people…Instead, my husband went– He kind of froze and became a lighthouse, opening and closing his mouth.”

“I remember lying on the ground looking up at him and I wasn't mad, I just thought, Huh,” she recalls. “Lotta Huh moments, you know?”

“Once he was diagnosed, it dawned on me how funny it was, because all of the characteristics that make it clear that he's on the spectrum are all of the reasons that I fell madly in love with him,” she says in her Netflix special. “That's the truth. He says whatever is on his mind. He keeps it so real. He doesn't care about social norms or what you expect him to say or do.”

“If I say to him, like, 'Does this look like sh*t?' He'll go, 'Yeah, you have a lot of other clothes. Why don't you wear those?'… But he can also make me feel more beautiful than anyone ever has in my whole life. And he can't lie!” she adds. “Is that the dream man?!”