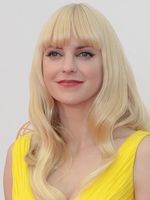 Anna Faris is opening up about her uncertainty regarding love and marriage. The 43-year-old has been divorced twice: first from Ben Indra in 2008, and then from Chris Pratt in 2018.

“I also think the ceremony of weddings puts so much pressure on a couple and you make this very public declaration and you spend, whatever, a year planning it and that's all you're focused on and then it's over and it's, like, December 26,” she tells the Divorce Sucks! podcast, after revealing that she doesn't like to attend weddings and thinks “the only fun thing is, like, when somebody's creepy uncle is, like, kinda dancing.”

Faris also opines that divorce is “embarrassing” and takes much longer to sort out than the actual wedding. She adds that she’s happy for Pratt’s upcoming wedding to Katherine Schwarzenegger and says he told her he’d be asking her to marry him.

“He was so sweet, as he always is, he called me like, ‘So, I’m going to ask Katherine to marry me. I just wanted to give you a heads up,’” Faris recalls. “And I was like, ‘That’s awesome!’ and I told him that I was an ordained minister.”

She has moved on herself with Michael Barrett, but despite that, she and Pratt are still co-parenting their son Jack, 6, and they sound like they’re doing a great job of remaining friends.

“Our goal was to have group Thanksgiving dinners together and to be at that place. Do we do that sooner or later? Grudge holding is not something that Chris and I do,” she says. “So, we wanted to make sure, of course, that Jack was happy, but that we were happy and supportive of each other and that we could have this fantasy idea of, do we all spend Christmas together? Do we all vacation together? How do we make sure that everybody that we love feels safe, and that we also respect the love we have for each other?”