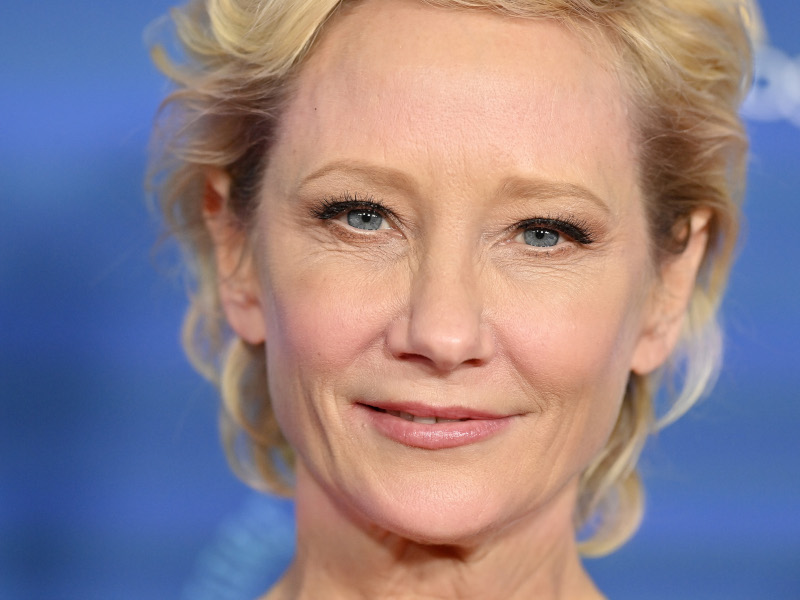 ANNE HECHE’S ESTATE IS SUED BY THE WOMAN WHOSE HOUSE WAS DESTROYED IN CAR CRASH: Nearly three months after Anne Heche‘s fatal car crash, Today reports that the woman whose house Heche crashed her Mini Cooper into is suing her estate. Court documents claim that since the accident, Lynne Mishele is “completely traumatized, unusually startled by hearing loud noises, plagued by nightmares and flashbacks of the incident, terrified of walking outside, and, atop that, without a place to live.” She is seeking $2 million in damages.

JOHN STAMOS TELLS DAX SHEPARD HE ALMOST WENT ON A DATE WITH KRISTEN BELL: John Stamos appeared on Dax Shepard‘s Armchair Expert podcast Monday (November 14th), revealing that he almost got set up with Shepard’s wife, Kristen Bell. “My press agent, Lewis K, says, 'There's this girl that wants to meet you. You gotta meet her. She's in the theater, she's fun, you guys will be great together,'” he told the CHiPs actor. “It was Kristen. I said, 'She's so adorable, she's so great. I'm way the f*ck too old.'”

DIONNE WARWICK SAYS SHE ‘WILL BE DATING PETE DAVIDSON NEXT:’ After the news spread that Pete Davidson and Emily Ratajkowski are reportedly dating, Dionne Warwick took to Twitter to announce that she’s next in line. “I will be dating Pete Davidson next,” she wrote on Monday (November 14th), adding the “Tweeting it into existence,” status. Later, she retweeted an image someone photoshopped showing her and Davidson together on a red carpet. “This looks extremely authentic. Thank you,” she wrote.

MATTHEW MCCONAUGHEY CELEBRATES NATIONAL PICKLE DAY WITH A NUDE THROWBACK: On Monday (November 14th), Matthew McConaughey posted a throwback photo to Instagram, showing himself grabbing a jar of pickles from the refrigerator while in the buff. “pickled #nationalpickleday,” he captioned the post.

CHRIS HEMSWORTH SHARES THAT THE ‘AVENGERS’ CAST MADE FUN OF CHRIS EVANS FOR HIS ‘SEXIEST MAN ALIVE’ TITLE: During a recent appearance on Jimmy Kimmel Live!, Chris Hemsworth shared that he and other original Avengers cast members roasted Chris Evans in their Avengers group chat after he was named People’s 2022 Sexiest Man Alive. The group specifically commented on the magazine’s cover photo, which shows Evans posing with his hands behind his back. “We have an Avengers text chain and it very quickly went, ‘What are you doing with your hands back there?’ Downey said he was being arrested, I said beautiful mugshot, and then Jeremy Renner said a series of things which we won’t repeat,” Hemsworth said.