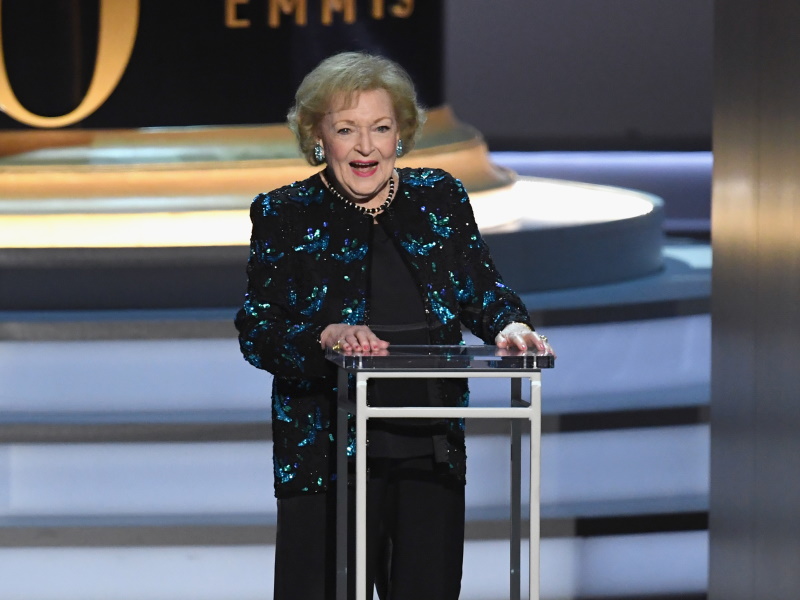 Betty White will have a private funeral.

Jeff Witjas, her longtime rep and friend told People Wednesday (Jan. 5th), “The arrangements are being handled privately and that was Betty’s wish.” He added that the former Golden Girls star “never wanted people to make a fuss over her.”

Those hoping to honor the star's memory are encouraged to donate to her favorite organizations, which include: The Los Angeles Zoo, Tree People, Monterey Bay Aquarium, Wildlife Learning Center, Actors and Animals for Others, The Aquarium of the Pacific and Guide Dogs For the Blind.

White died at her home in Los Angeles on December 31st at the age of 89.

Report: Wendy Williams Will ‘Soon Have Access To Her Millions’ After Court Appoints Financial Guardian
Sydney Sweeney Is Being Sued By A Swimsuit Company For Flaking Out On A Deal
Bob Saget Is Honored On What Would Have Been His 66th Birthday
Ezra Miller Tells Cops Misgendering Them Is A ‘Hate Crime’ In New Bodycam Footage
Megan Fox Cuts A Hole In Her Designer Jumpsuit To Have Sex With Machine Gun Kelly
Ariel Winter Left Los Angeles For A Normal Life Away From The Paparazzi