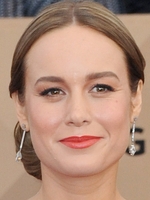 Captain Marvel is dominating the box office again this week, falling only 55% from its bow last weekend. This weekend’s receipts topped $69 million in North America, and $120 million worldwide, bringing in $760 million total so far for the Brie Larson vehicle.

In its second week out, it has already exceeded the lifetime takes for several other superhero films, including Justice League and The Amazing Spider-Man.