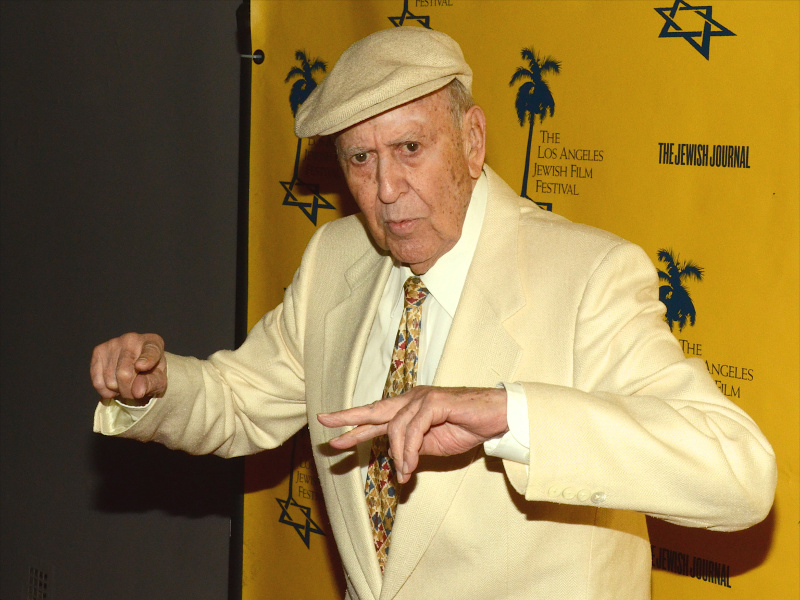 Comedy genius Carl Reiner has died at home in Beverly Hills at age 98. He was born in 1922 to Jewish immigrants, and went on to achieve worldwide acclaim as the creator of The Dick Van Dyke Show and several hit films. In seven decades in the business, he was an actor, writer and director, and a champion of social causes. He rose to fame with Dick Van Dyke, but also playing straight man to Mel Brooks in skits like the 2000 Year Old Man.

Reiner won nine Emmy awards, including five for Dick Van Dyke. Some of his most popular films as director included Oh God, starring George Burns, The Jerk starring Steve Martin and All of Me, starring Martin and Lily Tomlin. In 1998, Brooks and Reiner won a Grammy for The 2000 Year Old Man in the Year 2000 reboot.

He died at home, surrounded by family. His son Rob Reiner, a director and producer himself, shared on social media: “Last night my dad passed away. As I write this my heart is hurting. He was my guiding light.”

Later in life, Reiner turned to political action, and seemed to relish roasting President Donald Trump on Twitter. He also continued to appear in films like Ocean’s Eleven and on sitcoms like Two and a Half Men and Hot in Cleveland.

Many on social media urged fans to memorialize Reiner with their vote in November. The Weekly Standard’s founder Bill Kristol wrote: "I'm so sorry to hear of Carl Reiner's death. What a life! I want to say how proud we are that he was featured, just six weeks ago, in our vote by mail ad. Carl won't be there to vote safely in November, as he wished–but he'll be with us in spirit. May his memory be a blessing.”

Josh Gad wrote: “As if 2020 weren’t cruel enough. Goodbye to one of the greatest comedic minds of all time. Thank you for always making us laugh and for always giving us joy. My deepest condolences go out to the entire Reiner family. RIP #CarlReiner.”

Box Office Delivers the Blahs With ‘Old’ Winning at $16.5M
Erika Jayne Lashes Out at Lawyer on Twitter
Keyshia Cole’s Mom Frankie Lons Dead At 61
The Beyhive Goes Off After Black Is King Is Shut Out At The 2021 Emmys
Jodie Turner-Smith Robbed at Cannes
Report: Phylicia Rashad Will Keep Her Job At Howard University After Cosby Comments