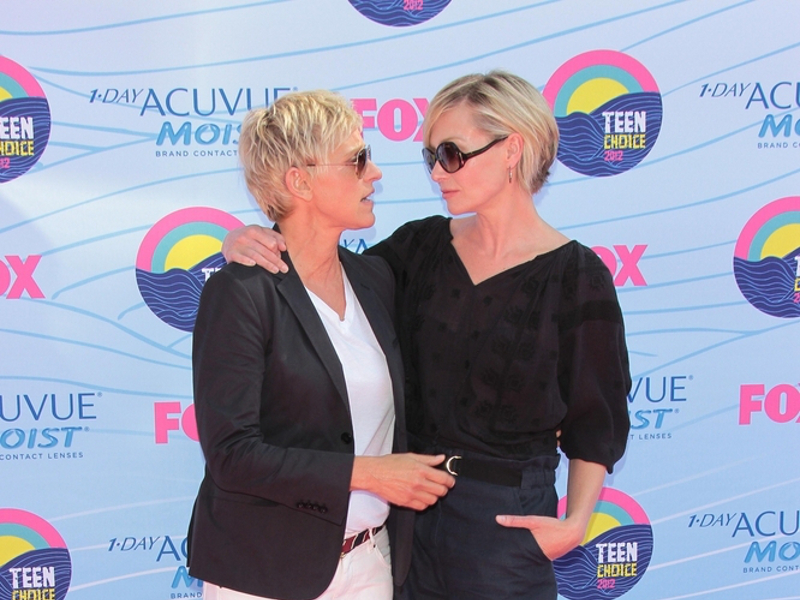 PRPhotos.com
Posted on November 22, 2022 by Pulse of Radio

Many in Hollywood took to social media on Sunday (November 20th) to express both heartbreak and outrage following the horrific mass shooting over the weekend at Club Q, an LGBTQ+ nightclub in Colorado Springs, Colorado. The tragedy, which took place the day before Trans Day of Remembrance, resulted in five deaths and more than a dozen injuries.

“My heart breaks for the victims and LGBTQ+ community in Colorado Springs. Words matter. Hate speech leads to lost lives. No one should have to live in fear for who they are,” DeGeneres wrote.

Hilarie Burton Morgan connected the shooting to her recent dispute with Candace Cameron Bure: “THIS! This is why we have to speak out against bigotry of any kind – even the ‘aren’t-I-cute-girl-next-door’ bullshit that I called out last week. The bigotry of @GAfamilyTV is the most dangerous kind. It normalizes exclusion under the guise of ‘protecting traditional values."”

Others blamed politicians for spewing hateful rhetoric. “What a sad morning in America. Perhaps this sick attack in Colorado will cause politicians to think twice before fanning flames of homophobia. Let people be who they are for once and for all,” Cohen wrote.

Takei added, “This begins with our political leaders. Call them out when they promote hate and bigotry. Remind them of the violence of Colorado Springs. Of the massacre at Pulse Nightclub. Of what nearly happened at Coeur D’Alene. Don’t let them spread hate. Don’t let it go unanswered.”