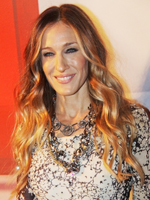 SJP TO PRESENT ANDY COHEN WITH GLAAD AWARD: Andy Cohen is being honored with the Vito Russo Award at the 30th Annual GLAAD Media Awards in New York City on May 4th. Longtime friend Sarah Jessica Parker will present the award, which is given to an LGBTQ media pro who has helped garner wider acceptance for the LGBTQ community. It is named for Russo, the founder of GLAAD, which was created to increase the profile of LGBTQ characters and their stories in Hollywood.

DAYTIME EMMY NOMINATIONS ANNOUNCED: Days of Our Lives leads all programs with 27 Daytime Emmy nominations this year, edging General Hospital out at 25. Both are vying for Outstanding Drama against The Young and the Restless, which garnered 20 nominations and The Bold and the Beautiful, with 12. CBS leads the networks with 61 nods; Amazon and Netflix tie second place with 49.

KRISTEN BELL AND DAX SHEPARD OPEN UP ON MARRIAGE: Kristen Bell and Dax Shepard may seem like the perfect couple, but they’re first to admit their 12 years together—and two daughters, Lincoln, 5, and Delta, 4—has had its share of challenges. Sitting down with People, the pair discuss the good, the bad and the ugly. “We definitely had to work really hard at being a couple because we’re both incredibly, painfully stubborn, and we’re pretty much opposites,” Shepard, 44, tells People. “He has a great argument that the state having a piece of paper doesn’t mean he’s going to be nice to me and by my side for the rest of my life. Rather, that is going to be evidenced by how we treat each other and the commitment that we make,” says Bell. “I had surrendered, like ‘Okay, well, I’m never going to get any sort of traditional marriage out of this, and that’s okay because I trust him.’ I really, really trusted him and believed that we were going to go the long haul.”

MEGHAN MARKLE’S MATERNITY WARDROBE WORTH $600K+: Since announcing that she and Prince Harry were expecting, Meghan Markle has been stepping out some pretty chic pregnancy sheaths. Fashion search engine Love the Sales estimates that her maternity gear adds up to about $632K, or about seven times was Kate Middleton shelled out for her pregnancy duds. How much would you spend on your maternity wear?

EMMA ROBERTS AND EVAN PETERS SPLIT: Emma Roberts, 28, and Evan Peters have ended their engagement. Roberts is now dating Triple Frontier star Garrett Hedlund, 34, sources tells Us Weekly. “Emma and Evan were heading for a split and now are just friends,” one source tells Us. “Evan has moved out. It wasn’t a bad breakup.” Roberts and Peters, 32, started dating in 2012 after meeting on dramedy Adult World.

JESSICA SIMPSON WELCOMES NEW DAUGHTER: Jessica Simpson is a mom again. The singer and designer, who is married to former NFL player Eric Johnson, welcomed a new daughter on March 19th, Simpson announced on social media. She said her daughter, named Birdie Mae Johnson, weighed in at 10 pounds, 13 ounces. The couple, who married in 2014, have two other children, a son, Ace, 5 and a daughter Maxwell, 6.