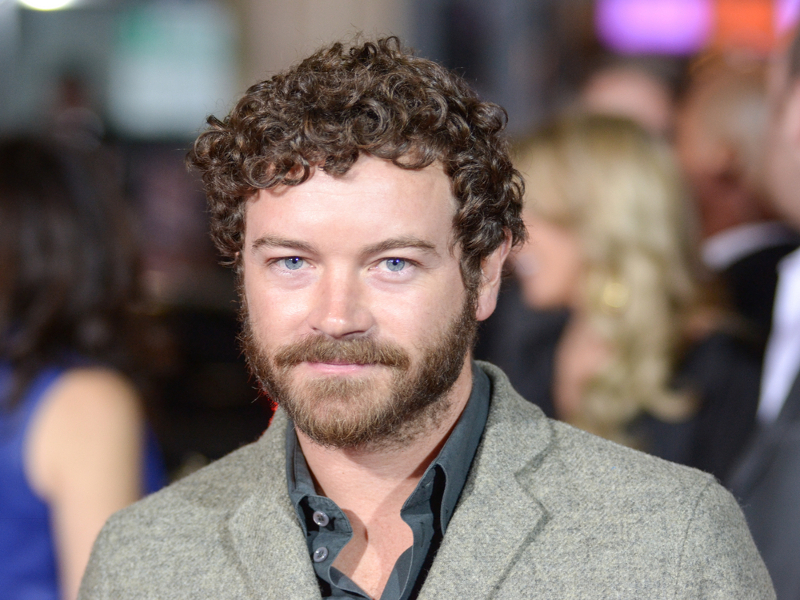 ANIKA NONI ROSE REACTS TO SPLASH MOUNTAIN REBRAND: The star of The Princess and the Frog, Anika Nono Rose, says she is excited that Disney‘s iconic Splash Mountain would be rebranded to feature characters from The Princess following a Black Lives Matter outcry. “For young Black children, it is, of course, a wonderful and amazing way to show representation,” Rose said. “For children who don't look like Tiana, it is a way to open their eyes. So, it allows these children, all of them, to meet with the common denominator, which is the love and heroism that comes with Tiana.”

SUIT: SCIENTOLOGY TRIED TO SILENCE DANNY MASTERSON ACCUSERS: Danny Masterson was arrested and charged on June 17 on multiple counts of rape against three women. The accusers, former Scientologists, are also filing a suit against the Church of Scientology, which they say helped cover up the assaults. One of the attorneys for the civil suit, Stewart Ryan, said: “It is alleged in the suit that our clients reported the sexual assaults to Scientology at the times that they happened. It is alleged in the suit that Scientology attempted to cover up the sexual assaults.” The victim named in the filing, Chrissie Carnell Bixler, dated Masterson from 1996-2001. A portion of the civil complaint reads: “On more than one occasion Plaintiff Bixler awoke in bed to find Masterson sexually assaulting her. In one specific instance, Masterson drugged . . . Bixler’s wine at dinner and anally assaulted her. The following morning, Masterson admitted that he had anal sex with her while she was unconscious.” Masterson has maintained his innocence.

RON JEREMY PLEADS NOT GUILTY: Ron Jeremy is pleading not guilty to charges of raping three women and sexually assaulting a fourth. He appeared at his arraignment Friday in an L.A. court; Jeremy is being held in a county jail on $6.6 million bail. If convicted, he faces 90 years in jail.

ZOE KRAVITZ IS MAKING BETTER DECISIONS: Zoe Kravitz thinks that getting married has made her lifestyle more G-rated. The Big Little Lies star told Variety: “I’m married, and making less bad choices — I would like to think. You know, life is an ongoing struggle, so of course, there’s always work to be done. But there’s that first step where it’s like, I’m an adult.” Kravitz (Lenny‘s daughter) married actor Karl Glusman at her dad’s home in Paris last June.

LAURA PREPON TALKS TODDLER’S TERRITORIAL BEHAVIOR: Laura Prepon‘s daughter Ella is an amazing big sister now, but her first few months with baby were a little rough. Prepon and her husband Ben Foster welcomed their baby four months ago. She told Live with Kelly and Ryan: “We brought him in to introduce him to our daughter and in her bedroom, we have this pretty cloth tepee — there's a bunch of blankets in it and stuffed animals, where she plays — and we brought the baby in and introduced them. And it was the craziest thing — she ran into the tepee, took off all of her clothes, stared at us and just peed on everything. It was the most primal marking of territory. And we were trying not to laugh because we didn't want her to think it was okay for her to pee on her stuff, but it was so funny.”

BELLA HADID AND HAILEY BALDWIN TO MODEL FOR VERSACE: Bella Hadid and Hailey Baldwin have been photographed on a European excursion together, and Page Six reports that they’ve actually been traveling for work. The pair will star in Versace‘s new campaign, set to bow end of this year or beginning of next.