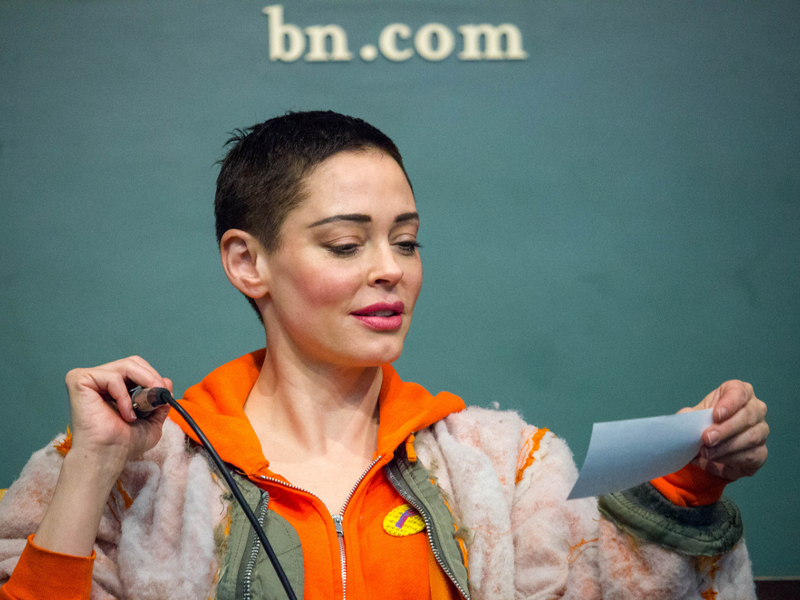 PRPhotos.com
Posted on December 19, 2019 by Pulse of Radio

CARA DELEVINGNE PAYS TRIBUTE TO GF ASHLEY BENSON: Cara Delevingne and Ashley Benson love to crank out the cuteness, so it’s no surprise that Delevingne’s birthday wish to Benson on her 30th is super sweet. She writes: “Happy birthday @ashleybenson There is so much I could say but something I love and cherish most about us is that I don’t need to because YOU KNOW and that’s all that matters. It’s you and me which is my favourite. My safe place. You let me be silly, you let me be wild, you keep me free, secure and curious. I feel like I’ve known you my entire life and I am so proud of watching you grow into the woman that you always dreamt of being. I love you beyond words my sprinkles, choonchi, angel face, grumpy **s, sweet cheeks, never boring, buttmunch, Benso”.

ROSE MCGOWAN SLAMS EX RAIN DOVE: Rose McGowan wants her relationship with Rain Dove erased from the books. She wrote on social media: “Does anyone out there know how to fix a Wikipedia entry? I broke up with my ex Dove 6 months ago and they are still listed as my partner. I would like my name to be cleared of association.” McGowan’s tweet came after the LGBTQ activist admitted to selling texts between McGowan and Asia Argento in which she allegedly admitted to having sex with a minor. Argento and McGowan were outspoken critics of Harvey Weinstein.

KATE BECKINSALE TOLD TO LOSE WEIGHT FOR PEARL HARBOR: Kate Beckinsale was still in college when she was cast in Michael Bay‘s 2001 Pearl Harbor. She tells Women’s Health that she was told to drop some weight. “It wasn’t great,” she admitted about the request. “It didn’t make me feel good, and in general, I think women are body-shamed 100 million percent more than men. But on this particular project, I wasn’t. Ben Affleck, who’d already done a movie with the director, was like, ‘This happened to me. They made me get new teeth.’ And I was like ‘Cool, at least I get to hang on to my teeth."”

FANS URGE NETFLIX TO REMOVE COMEDY FEATURING GAY JESUS: A new Brazilian Netflix comedy special that depicts a gay Jesus is stirring controversy. More than 2 million people have signed a petition urging the service to remove the show, titled The First Temptation of Christ. The streamer describes the show like this: “Jesus, who’s hitting the big 3-0, brings a surprise guest to meet the family. A Christmas special so wrong, it must be from comedians Porta dos Fundos.” The show also has Jesus’ mother Mary smoking pot.