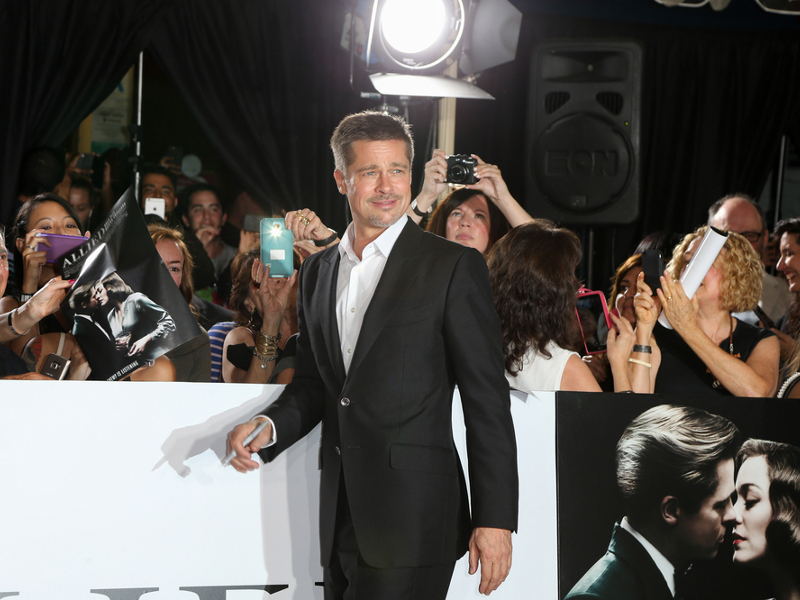 DR. ANTHONY FAUCI TALKS BRAD PITT EMMY NOM: Dr. Anthony Fauci is happy for Brad Pitt, but admits it’s pretty surreal that he was nominated for an Emmy imitating him on Saturday Night Live. “It doesn't go to my head,” Fauci said Thursday while talking to the Associated Press. “It's somewhat surrealistic. I think it's interesting and a little bit strange.”

NAYA RIVERA LAID TO REST: Glee’s Naya Rivera was laid to rest at buried at Forest Lawn Memorial Park in Los Angeles on July 24, according to her death certificate, obtained by People. The document confirmed that she died by “drowning,” and died within “minutes.” Rivera was confirmed dead July 13, five days after disappearing in Lake Piru.

JACOB ELORDI TALKS BODY ISSUES: Kissing Booth star Jacob Elordi is more than just a pretty package. He told Men’s Health that being objectified really got to him: “At the time I shot The Kissing Booth, I was super young and got thrown into a world where everyone wanted to talk about my body … it really f–king bothered me. I don’t identify with that whatsoever. I was trying to prove myself and be known as an actor. It was so much working out and I hated every second of it.”

SETH ROGEN OPENS UP ABOUT HEBREW SCHOOL: On Marc Maron‘s WTF podcast, Seth Rogen claims that Hebrew school left him completely out of touch with what was happening in Israel. Rogen says: “As a Jewish person I was fed a huge amount of lies about Israel my entire life. They never tell you that, ‘Oh, by the way, there were people there.’ They make it seem like it was just like sitting there, like the f..king door’s open. They forget to include the fact to every young Jewish person.”

JORDAN FISHER CALLS TYRA BANKS DWTS MOVE ‘ODD’: The winner of season 25 of Dancing With the Stars has mixed feelings about Tyra Banks being named the next host. He told ET: “It's odd. Tyra is very talented, and ABC, I would say, most of the time knows what they're doing. It's really just a matter of seeing it actually happen.” He said that he’s “curious” to see how it goes without longtime hosts Tom Bergeron and Erin Andrews: “The tonal quality of the show is so family-oriented, and I think that Tom and Erin have played a large part in cultivating that feeling for fans at home. So their absence, I think, is … I mean, it's evident based on social media and all that stuff how people feel in terms of their absence from the show.”

NEIL BREEN TALKS WILD ELLEN DEGENERES ENCOUNTER: Media exec Neil Breen says that when Ellen DeGeneres appeared on Australia’s Today show, he was given a list of bizarre demands. He says, via his radio show 4BC Breakfast With Neil Breen: “When Ellen DeGeneres came to Australia to do her show in 2013, I was the executive producer of the Today show, so we partnered with them. Originally she was going to cohost the Today show, then she was going to do this, then she was going to do that. The whole thing got watered down to Ellen DeGeneres would do a sit-down interview.” He continues: “Because it’s the Ellen show, they controlled everything. They controlled the interview seats, the lights, how it would work, everything. The producers called us aside and said, ‘This is how it’s going to work here this morning. Ellen’s going to arrive at 10:15, and she’ll be sitting in this chair. And Richard, you’ll be sitting in this chair here. Neil, no one’s to talk to Ellen. You don’t talk to her, you don’t approach her, you don’t look at her. She’ll come in, she’ll sit down, she’ll talk to Richard, then Ellen will leave."” This comes amid reports of an internal investigation into her alleged “toxic” work environment.