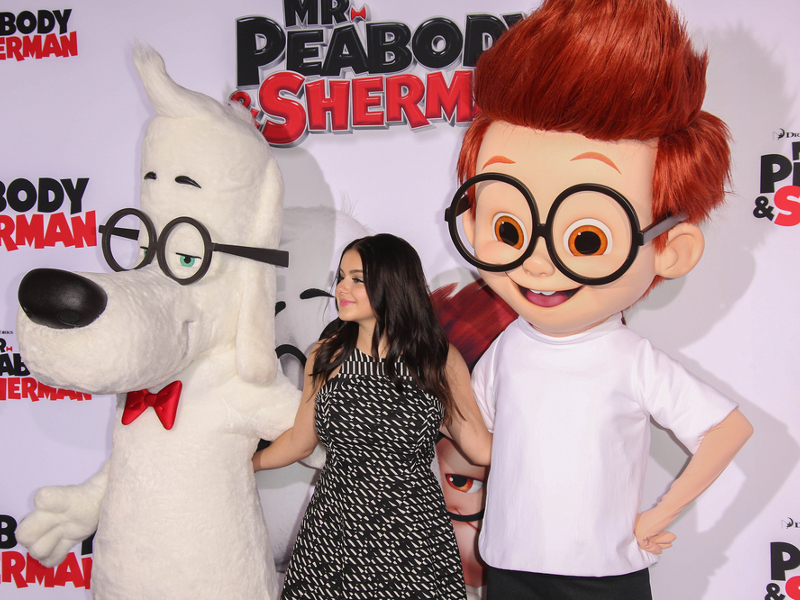 CARA DELEVINGNE EXPLAINS WHY SHE NEVER GOT A BOOB JOB: Cara Delevingne revealed to the Make it Reign podcast that she decided not to get a boob job because she didn’t want to have to talk about it publicly. She shared, “I've gotten close to thinking about it and luckily at that moment go, ‘Well, if I was to do it, then I don't think I could be honest about it. And then that would be a problem because I just think that young girls or young boys even, need to know that some things aren't naturally obtainable.”

ARIEL WINTER LEFT OUT OF 'MODERN FAMILY' REUNION: Ariel Winter was not happy about being left out of a mini Modern Family reunion on Sunday (June 20th). Sofia Vergara posted a snap of the weekend picnic with costars Jesse Tyler Ferguson and Sarah Hyland. According to Page Six, Winter jumped in the comments to write, “did mine and @nolangould's invite get sent to the dunphy house because you know we don't live there anymore guys!!!!!!”

DOVE CAMERON POSTS TOPLESS PIC: Dove Cameron teased her Instagram followers with a topless photo on Tuesday (June 22nd). The image shows the Descendants star wearing nothing but a pair of pantyhose and covering her breasts with her arms as she took a mirror selfie.

CAROLE BASKIN SLAMS 'TIGER KING' OVER DEATH THREATS: Carole Baskin has slammed Tiger King again, saying that the Netflix documentary is responsible for her getting death threats. She told The Tea With Dr. V that the show “was totally not what we had been told the series was going to be about.” She claims Tiger King made her out to be a “a vicious, gold-digging, home-wrecking murderer.” Baskin told host Venus “Dr. V” Nicolino, “After Tiger King aired, people were calling me, just screaming at the top of their lungs, how much they hated me and they wanted to kill me, and they wanted to kill my family.”