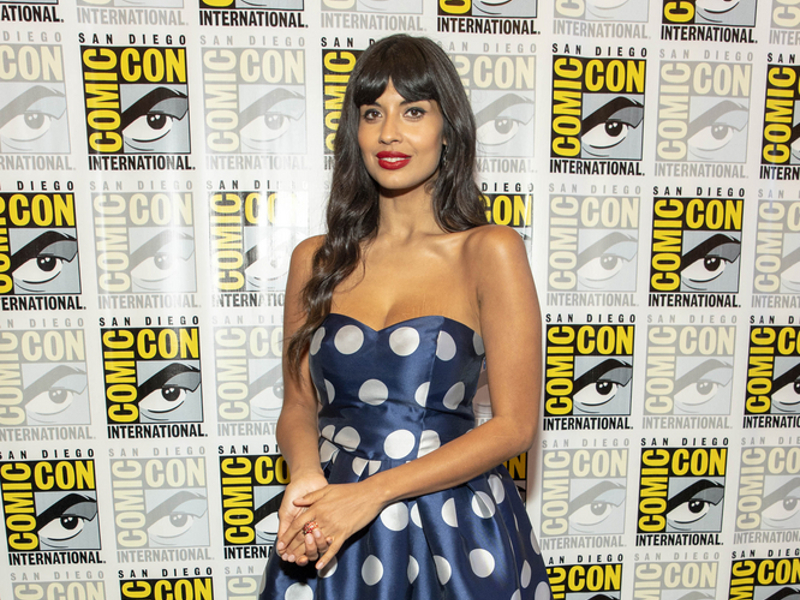 CHARLIE SHEEN IS UNLIKELY TO SEEK CUSTODY OF TWINS DESPITE ALLEGED DRUG USE: Charlie Sheen is unlikely to seek sole custody of the 10-year-old twins he shares with Brooke Mueller, despite her seeming spiral into drug addiction, Page Six reports. The source said: “He’s worried it will send her into a worse tailspin. And if he would seek sole custody, there would be a replay of all of his deeds over the years.” The source added, “Charlie is very upset over the situation. Basically, he feels she is using the child-support money [he pays her] to get high.”

OLIVIA JADE FLIPS OFF THE MEDIA: Olivia Jade is ready for a fight. The 19-year-old posted an Instagram shot of herself flipping the bird to media outlets (including People, Daily Mail and Perez Hilton) for the nonstop coverage of her parents’ alleged plot to pay her way into the University of Southern California. Parents Lori Loughlin and Mossimo Giaunnulli are facing up to 40 years behind bars if convicted.

JAMEELA JAMIL CALLS ON CELEBS TO STOP AIRBRUSHING: Enough already! Jameela Jamil wants the airbrushing to stop. “I know it’s hard because we are perpetually scrutinized and criticized in this industry, but I’m begging other influencers, actors, and models to join me in not allowing airbrushing,” she wrote on Twitter. “We have to stop setting standards for others that we ourselves don’t even meet.” The Good Place star also posted an un-airbrushed pic of her “backfat.” Jamil has long called for more honest depictions of celebrities, and frequently calls stars who don’t live up to her expectations out on social.

JASON MOMOA SAYS A BULLDOZER RAN HIM OVER: Aquaman star Jason Momoa says he can’t start shooting the sequel because during a protest in Hawaii he got “run over by a bulldozer.” He is protesting the $1.4 billion Thirty Meter Telescope being erected atop a sacred volcano. “Sorry Warner Bros we can’t shoot Aquaman 2,” the 40-year-old actor wrote. “Because Jason got run over by a bulldozer trying to stop the desecration of his native land. THIS iS NOT HAPPENING. WE ARE NOT LETTING YOU DO THIS ANYMORE.”

MIRIAM RIVERA DEAD AT 38: Miriam Rivera, the first openly trans TV star, died on February 5th in Mexico. News of her death just broke Friday. She allegedly hung herself, but her husband Daniel Cuervo is disputing that notion. Miriam called me [in New York] from Mexico, telling me she was feeling sick and vomiting blood, so I told her to get to the hospital,” he told Daily Mail Australia.

SARAH SILVERMAN SHARES CLIP OF PREACHER CALLING FOR HER DEATH: Sarah Silverman shared a video in which a pastor wishes for her “untimely death” over a 2005 joke she made about Jesus that she now says was taken out of context. She took to Twitter to share a post of Pastor Adam Fannin giving an anti-Semitic sermon calling Silverman out, and saying: “These Jewish, false prophet, anti-Christian, anti-God… They're willing to put Jesus to death again! Have you heard of this comedian Sarah Silverman? You guys know what I’m talking about? She brags about it! ‘I’d do it again!’ Listen, she is a witch, she is a jezebel, she is a God-hating w—- of Zionism. I hope that God breaks her teeth out and she dies. She is a wicked person and she is, like, the perfect representation of religious Judaism.”