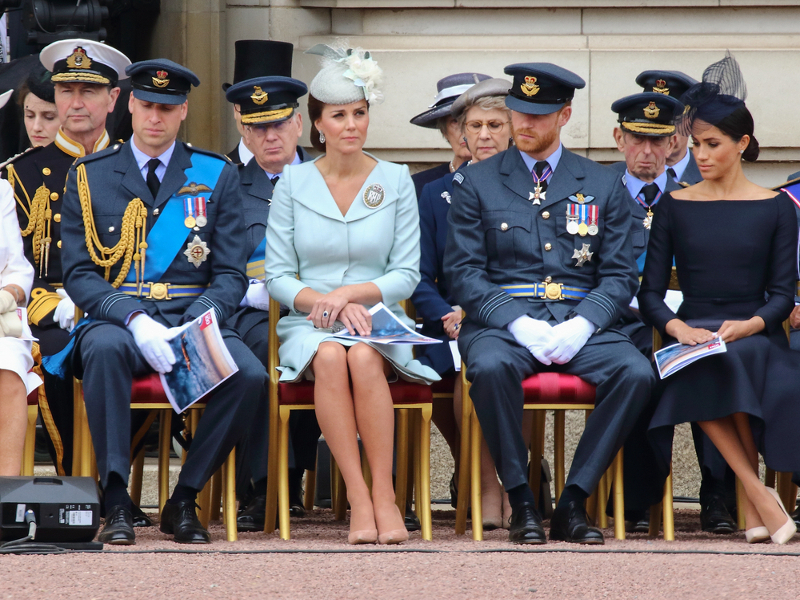 DREW CAREY DEVASTATED: Drew Carey is reportedly devastated over the death of his ex-fiance Amie Harwick, who was killed over the weekend. Harwick’s ex-boyfriend Gareth Pursehouse, 41, has been arrested and charged in her death. He reportedly stalked her and while she had a restraining order against him, it recently expired.

ESTHER SCOTT DIES: Esther Scott, who appeared in Boyz N the Hood and voiced Shodu in Ewoks, has died at age 66 in L.A.. She suffered a heart attack. All told, she appeared in 73 shows and films, beginning in the 1980s.

KATE MIDDLETON REACHES OUT: Kate Middleton has been promoting her new “5 Big Questions on the Under Fives” survey in her ongoing mission to promote conversations around raising children. In a rare move, she addressed her followers on social media, saying “Parents and families and carers are at the heart of raising the next generation and that's why I felt so passionate about listening to them and listening to your thoughts and your views and how best we can support you going forward.” She noted that 20,000 people have filled out the survey, but that more should speak out if they want their voices to be heard.

SAVED BY THE BELL’S LARK VOORHIES REACTS TO REBOOT: Saved By the Bell’s reboot will be missing one fan favorite: Lark Voorhies. In a preview of the Dr. Oz Show set to air today, she says she was not asked to participate: “I have to admit I did feel a bit slighted and hurt when I was not invited to be part of the Saved By the Bell reunion as well as other cast members events, yet of course. I also realized that having this puzzling disorder may have played a major part in that factual decision. With that in mind, I am truly thankful for having had the chance to work on a show that has been so successful.” Voorhies is expected to open up about her mental health challenges.

DREW BARRYMORE THANKS TRAINER: In honor of Wellness Week, Drew Barrymore is giving her trainer Marnie Alton a shout-out. She wrote: “This woman is my long time teacher and dear important friend. She has helped me. Healed me. Encouraged me to keep going when I felt like being strong was an insurmountable task. We have known each other for about 15 years and when I told her I wanted to transform my body for #SANTACLARITADIET she helped me. Every spring, when I would start training to become #SHEILAHAMMOND Marnie was the one who got me there. I lost 20 pounds and trained like a mother. She also is the most amazing person. She is poetry in a human being.”

BEN AFFLECK REGRETS DIVORCE: In a new interview with The New York Times, Ben Affleck has called his divorce from ex-wife Jennifer Garner the biggest regret of his life. He pinned their issues on drinking: “I drank relatively normally for a long time. What happened was that I started drinking more and more when my marriage was falling apart. This was 2015, 2016. My drinking, of course, created more marital problems.” He continued: “The biggest regret of my life is this divorce. Shame is really toxic. There is no positive byproduct of shame. It’s just stewing in a toxic, hideous feeling of low self-worth and self-loathing.”