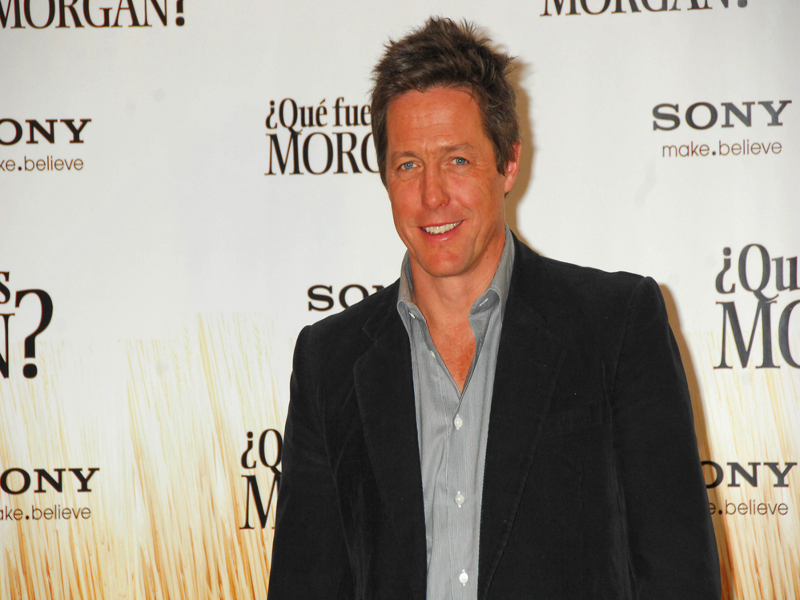 HUGH GRANT CHANNELS HIS INNER STYLIST: Hugh Grant is spending his quarantine learning new skills. On Good Morning America Wednesday, the 60-year-old shared: "I started by cutting my daughter's Barbie's hair out of sheer boredom, and I discovered I was extremely talented. Then I started cutting my children's hair, whether they wanted a haircut or not. I just strapped them to a chair and cut their hair." The father of five joked: "I would say I'm enchanting, but I don't know what the children would say."

SOFIA RICHIE WASN’T READY TO BE A STEPMOM? Sofia Richie is rumored to be dating the 27-year-old Cha Cha Matcha co-founder Matthew Morton, but insiders tell ET it’s not serious. "Sofia does not have a boyfriend," the source says. "She's not going to rush into anything, but Matthew's a cool guy and they hit it off. She's not looking for anything serious with anyone, nothing with labels. She's dating casually and having fun, but that's it.” The 22-year-old was spooked by the prospect of becoming stepmom to her 37-year-old ex-boyfriend Scott Disick’s kids, the insider adds. Disick shares 10-year-old Mason, 8-year-old Penelope and 5-year-old Reign with his ex Kourtney Kardashian.

KIM KARDASHIAN WEST TOASTS 40: Kim Kardashian West is ringing in a new decade with family and close friends at an island, ET reports. She flew everyone in private jets, “and is looking forward to celebrating with the ones who mean the most to her." 30 people in total were flown to the top-secret location. Guests include Kanye West, Khloe Kardashian, Kourtney Kardashian, Kylie Jenner, Kendall Jenner, Kris Jenner and Jonathan Cheban. Everyone was tested for COVID pre-flight.

KYLIE JENNER SETTLES LINGERIES SUIT: The Kendall + Kylie fashion line was sued in January for copyright infringement by the Klauber Brothers. The suit claims that a design for their underwear and mini dress was designed for Klauber. They settled with Kylie for an undisclosed sum October 1st, and have dropped their claim. Although the beauty mogul settled her portion of the suit, it will move forward with other defendants.

NICOLE KIDMAN REALLY WISHES SHE’D LEFT HER HAIR ALONE: Nicole Kidman put her curls through the ringer, and now she really regrets it. She tells The Sunday Morning Herald: "Do I wish that I hadn't screwed up my hair by straightening it all the time? Sure.” Fans have noticed that she’s letting the curls return. A fan recently commented on a post: "I’m loving that your curls are back!!!"