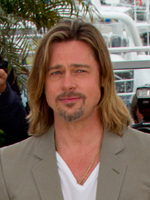 SURROGATE DROPS SUIT AGAINST JEFF LEWIS: The lawsuit filed against Flipping Out star Jeff Lewis has been dropped. His former surrogate Alexandra Trent recently filed court papers that dropped the suit against Lewis, his ex-partner Gage Edward and Bravo, The Blast reports. She dismissed all claims with prejudice, meaning she can’t refile. In her original suit, Trent accused Lewis, Edward and Bravo of publicly humiliating her by filming and airing scenes from the delivery room and making “disgusting” comments about her during the show. Lewis said during on the show, “If I was a surrogate, and I had known there was going to be an audience, I probably would have waxed.”

MAMA JUNE CHARGED OVER CRACK COCAINE ARREST: Mama June may be facing hard time after getting arrested for crack cocaine, The Blast reports. Officials in Alabama are telling The Blast that Mama June was arrested after an alleged domestic dispute between Mama June and boyfriend Geno Doak. She is facing felony possession of a controlled substance, which may entail one year behind bars. A date for her arraignment has not been set.

DID OLIVIA JADE EVEN APPLY TO USC HERSELF? Another day, another development in the epic college admission scandal. The latest has Lori Loughlin’s daughter Olivia Jade failing to even fill out her own application to University of Southern California. People reports that court documents show that Loughlin admitted in emails that Jade didn’t fill out her applications. Jade, who has lost out on several high-profile modeling contracts in the wake of the scandal, is reportedly withdrawing from the school.

BRAD PITT AND LEONARDO DICAPRIO ARE CALIFORNIA DREAMIN’: A-listers Brad Pitt and Leonardo DiCaprio give fans a glimpse of their new film project, Once Upon a Time in Hollywood. The pair star in Quentin Tarantino’s take on 1969 Hollywood, during the Manson era.

LALA KENT SAYS SHE IS AN ALCOHOLIC: Lala Kent is opening up about her alcoholism. The Vanderpump Rules star spoke out on Instagram, referring to Alcoholic Anonymous founder Bill Wilson: “Five months ago, I came to the realization that I am an alcoholic, and I am now a friend of Bill W. You will never know how much this program means to me. It has given me new life.” She added: “I’m so grateful that I have this program and that I can mourn him. The program has allowed me to sit down and remember my dad in a clear frame of mind, and remember what he brought to my life, what he meant to me, what he taught me.”