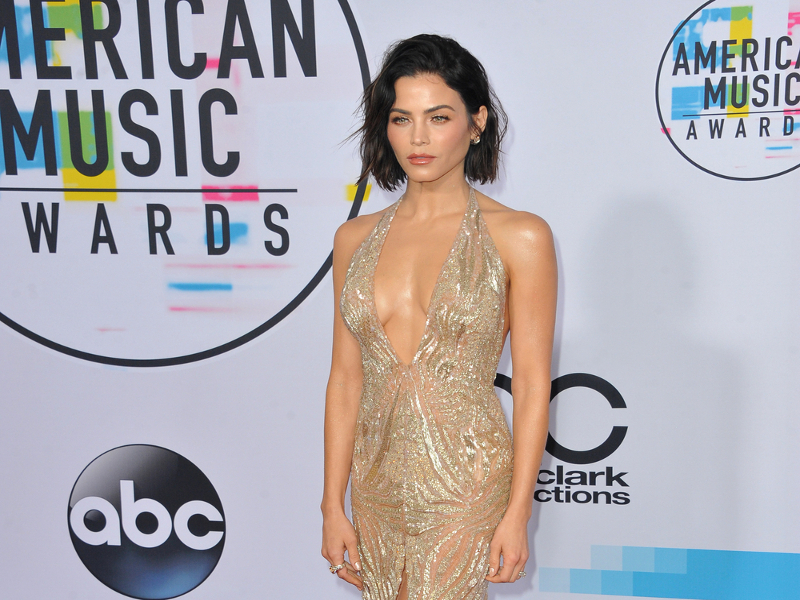 JENNA DEWAN & STEVE KAZEE REVEAL MEANING OF SON’S NAME: Jenna Dewan welcomed her first child with fiancé Steve Kazee on March 6th: baby boy Callum Michael Rebel. And yes. There have been questions about the name on social media. Kazee is sharing the meaning of his name, explaining the Callum is Gaelic for dove. “He has been so sweet and peaceful since landing in our arms,” he wrote. Michael, he said, is his middle name, and he wanted to share it with his son. With “Rebel,” “I wanted a way to honor my mother,” Kazee wrote. “Her name was Reba but from a very young age her father called her Rebel.” Dewan also shares Everly, 6, with her ex Channing Tatum.

HOWIE MANDEL DONS HAZMAT SUIT FOR AGT TAPING: Noted germaphobe Howie Mandel wore a hazmat suit to a taping of America’s Got Talent amid coronavirus concerns, Page Six reports. The 64-year-old was photographed arriving at the Pasadena, California studio in the suit, which he accessorized with a gas mask and orange rubber gloves.

ROSIE O’DONNELL REACTS TO ELISABETH HASSELBECK’S RETURN: Rosie O’Donnell will not be tuning into The View to celebrate her former colleague Elisabeth Hasselbeck‘s return. “oh dear god — not again — enough with her,” O'Donnell wrote in response to a tweet that read, “Elisabeth Hasselbeck returns to The View and sparks clash by praising Trump’s coronavirus response.” The pair co-hosted in 2006-07.

NIKKI BELLA’S REVAMPED SEX LIFE: On The Bellas Podcast, Brie Bella and Nikki Bella talked about their sex lives post-pregnancy. Nikki confessed that since getting pregnant, she and fiancé Artem Chigvintsev, things have definitely gotten interesting: “I feel bad because Artem and I, we went from the honeymoon stage and then we got engaged and then I found out I was pregnant two weeks later. And everything changed so quickly. He has to deal with crazy hormones right now and trying to piece life together, and I deal with a lot of construction…so, poor guy.

PRINCESS BEATRICE’S WEDDING PLANNING IN TURMOIL: Princess Beatrice‘s royal wedding to Edoardo Mapelli Mozzi has been thrown into chaos because of coronavirus, according to reports. The wedding is set for May 29 at St. James Palace in London, but the U.K.’s cases are spiking and Italy is currently on lockdown. Because of the extra threat to the elderly, the Queen‘s husband Prince Philip, is currently in isolation to stay safe. He turns 99 in June.