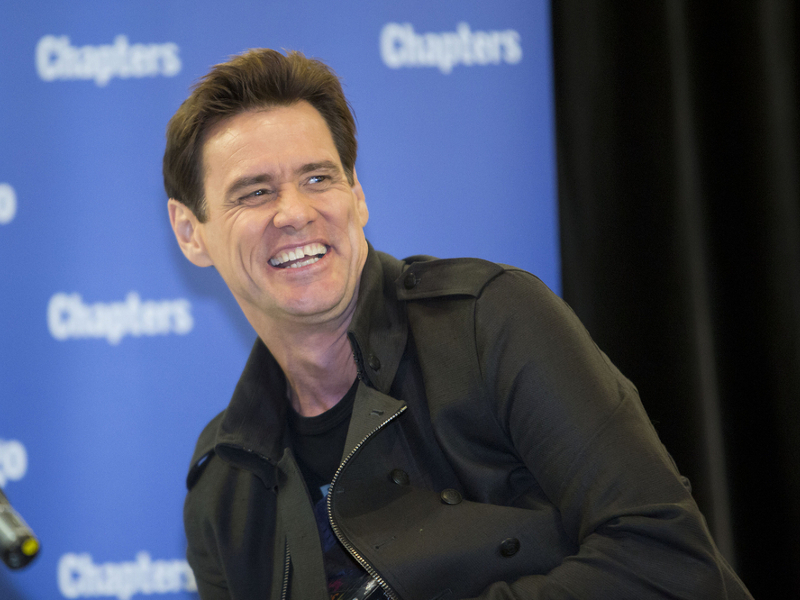 JIM CARREY BECOMES A FLY ON SNL: Jim Carrey became the fly (in the form of a teleporting Joe Biden) on Vice President Mike Pence‘s head during his debate with challenger Kamal Harris on Saturday Night Live’s send-up of the debate. The moderator, played by Kate McKinnon, kicked the skit of saying: “Between the candidates. we’ve installed buffet style sneeze guards on account of one of you works for Patient Zero.” Pence, played by Beck Bennett, said of the host state Utah: “Even though their basketball team is named after my greatest fear, jazz.” Harris, played by SNL alum Maya Rudolph, said, “I’m speaking. I’m speaking. Estoy hablando Nevada, Arizona, some parts of Texas.”

BILL BURR ENGRAGES TWITTER: In other Saturday Night Live news, Bill Burr ignited a controversy on Twitter for mocking pretty much everyone—from white women to gay people—during his first monologue on the show. The Netflix comedian said: “The woke movement was supposed to be about people of color not getting opportunities. … Somehow, white women swung their Gucci-booted feet over the fence of oppression and stuck themselves at the front of the line,” adding: “The month of June is Gay Pride month. That’s a little long, don’t you think, for a group of people that were never enslaved? How did they get all of June?”

JANE FONDA GETS REAL ABOUT SEX: Jane Fonda is opening up about her sex life. The 82-year-old appeared on The Ellen DeGeneres Show Friday to discuss her new book What Can I Do? My Path from Climate Despair to Action with guest host Tiffany Haddish. She told Haddish when asked about her sex life: “No, no, zero. I don't have time. I'm old and I've had so much of it. I don't need it right now because I'm too busy!” Fonda added: “My favorite ex-husband Ted Turner, he always said, 'If you wait too long it grows over.' I think he's right.”

STORM REID REFLECTS ON BACKLASH: When Storm Reid was cast in 2018’s A Wrinkle in Time, the 17-year-old was dragged online for playing Meg. The film, directed by Ava Duvernay, was based on the 1962 novel by Madeleine L’Engle. “Some people had problems with me playing Meg because they’d loved her as a Caucasian girl for so long,” said Reid. “They were uncomfortable to have that shift, but the only way to create change in our world is through people willing to be uncomfortable.” But a lot of fans embraced it. “When the film came out, little girls would come up to me and say, ‘Thank you for allowing me to see a girl who looks like me save the world,’ ” she said. “That’s when I realized my career was bigger than myself.”

KIM KARDASHIAN DONATES $1M TO ARMENIA FUND: Kim Kardashian has donated $1 million to the Armenia Fund, amid ongoing conflict in the country. She shared on IG: “I’m so honored to be part of today’s global effort to support the @armeniafund. I’ve been speaking out about the current situation in Armenia and Artsakh and having conversations with so many others to bring further awareness to the crisis that we cannot allow to advance,” Kim — whose late father, Robert Kardashian, was of Armenian descent — says. “My thoughts and prayers are with the brave men, women and children. I want everyone to remember that despite the distance that separates us, we are not limited by borders and we are one global Armenian nation together.”

LUCILLE BALL AND DESI ARNAZ’S GREAT GRANDDAUGHTER DIES: Lucille Ball and Desi Arnaz‘s great-granddaughter Desiree Anzalone has died at age 31 of breast cancer. Though her daughter died “peacefully,” Julia, 51, tells People that “watching her slip away was just, I wouldn't wish it on my worst enemy. No mother should have to watch that.”