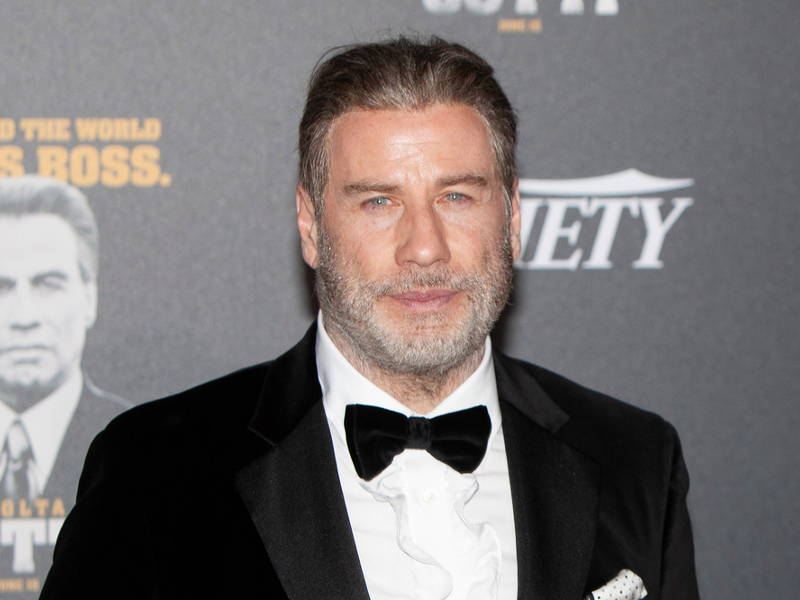 JOHN TRAVOLTA SHARES TRIBUTE TO LATE WIFE: Three months after her death, John Travolta shared a sweet birthday tribute to Kelly Preston. The 66-year-old shared on Instagram: "Happy Birthday hon! I found this photo of my mom and dad‘s wedding. It was nice to see ours alongside theirs. All my love, John." Preston died June 12th at 57 following a two-year-battle with breast cancer.

JAMES VAN DER BEEK LANDS IN TEXAS: James Van Der Beek and his family have reached their new Texas home. The Dawson’s Creek alum shared on social media: “In the last 10 months, we’ve had two late-term pregnancy losses, each of which put [my wife, Kimberly Van Der Beek], in the hospital, we spent Christmas break thinking she had a tumor (the doctor was wrong, thank god), a business colleague I hired hijacked the project and stabbed me in the back, I was prematurely booted off a reality dancing show, [Dancing With the Stars], I was favored to win in front of the whole world and my mom, [Melinda Weber], died. And a shut-down [due to the coronavirus pandemic].” The actor went on to write, “All of that led to some drastic changes in our lives, and dreams, and priorities … and landed us here. Overflowing with profound gratitude today.”

SANDRA BULLOCK CONFIRMS NEW BIG BUDGET FILM: Sandra Bullock is set to star in and produce a new action-romance film, The Lost City of D. The film follows a romance author who finds that one of the fictional cities she wrote about is real.

KRISTIN CAVALLARI’S SPLIT FROM JAY CUTLER CHANGED VERY CAVALLARI: The Hills alum Kristin Cavallari announced her split from Jay Cutler in April after 10 years together; soon after, she revealed that her E! show Very Cavallari would come to an end after three seasons. The 33-year-old told Kelly Clarkson on her titular show that while ending the show was "hard," it was ultimately the "right decision" for her and her family. "Once I made the decision I had such a sense of relief. I was getting a lot of anxiety about it, my life has changed very much." She continued: "I wasn't gonna expose my divorce on camera and have my kids see that one day. So I decided to walk away from it."

SUNNY ANDERSON CALLS OUT BULLIES: Sunny Anderson is calling out online bullies. The Kitchen star gave a look at how she deals with trolls on social media. She wrote: "Trolls, [bullies], narcissists. They all exist here online & in real life. I see it. Weird people talking about how they want me to look & act. Oh, my wigs are bad. Food is gross, I'm fat, too this, too that, whatever. I see sexists telling only women to tie their hair back in the kitchen. Some don't even think I have a kitchen. […] I never get hurt by words from strangers, ever. At 45, I'm immune to words tossed at me. But I'm not immune to understanding the human condition. Just like my bully growing up, I know those that bully and troll have PAIN, plenty of it, and narcissism. Whether they see it or not.”