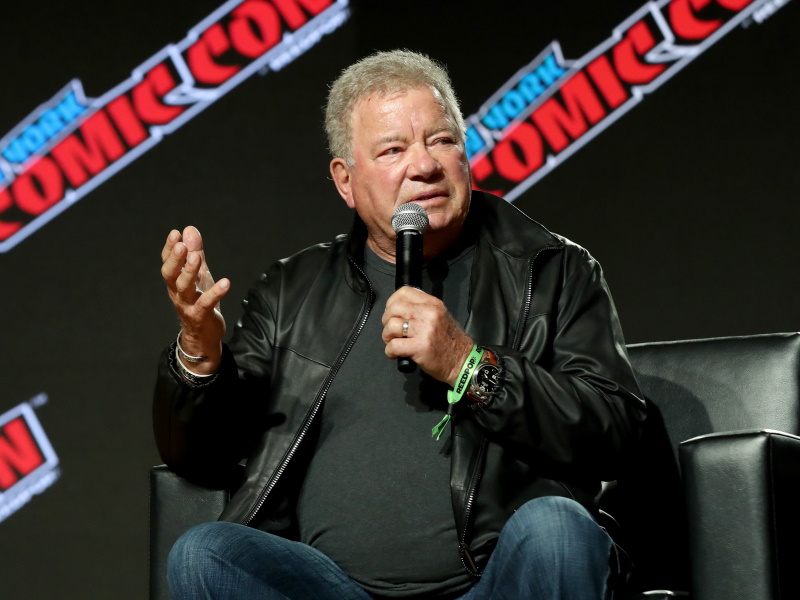 DON'T COMMENT ON JONAH HILL'S BODY: Jonah Hill just wants people to stop commenting on his body.  On Wednesday (Oct. 13th), US Weekly posted the article, Jonah Hill Shows Off Dramatic Weight Loss.  Shortly after, the Moneyball star wrote on Instagram, “I know you mean well but I kindly ask that you not comment on my body good or bad. I want to politely let you know it’s not helpful and doesn’t feel good.  Much respect.”

JULIANNA MARGULIES TEASES SAME-SEX HOOKUPS: Julianna Margulies suggested to the Just For Variety podcast that she may not be straight.  The 55-year-old actress, who is married to lawyer Keith Lieberthal, was asked about playing a gay character on The Morning Show as a straight actor when she said, “Who’s to say I haven’t had my own gay experiences? We’re making assumptions.”  According to the New York Post, the comment marks the first time Margulies has spoken about any possible same-sex encounters.

WILLIAM SHATNER SPENT 11 MINUTES IN SPACE: William Shatner officially became the oldest person to have flown in space on Wednesday (Oct. 13th).  The 90-year-old Star Trek actor took an 11-minute trip into space aboard Jeff Bezos’s Blue Origin flight alongside three other passengers.  CNN reports that after landing back on Earth, Shatner said the flight was “the most profound experience" he could imagine, adding, “I hope I can maintain what I feel now. I don’t want to lose it.”

'THE VIEW' GAVE CANDACE CAMERON BURE PTSD: Candace Cameron Bure says that she felt such an “enormous pressure” to represent conservatives while hosting The View in 2015 and 2016 that she has PTSD.  The Fuller House star told the Behind The Table podcast, "The stress and the anxiety—I actually have a pit in my stomach right now. There was only one type of stress that I've ever felt in my life, that came from that show. And I [have] PTSD, like, I can feel it. It was so difficult, and to manage that emotional stress was very, very hard." She further admitted that although she often ended up “crying before the show” she ultimately doesn’t have any regrets.

DANIEL CRAIG PREFERS GOING TO GAY BARS: Daniel Craig recently revealed that he prefers going to gay bars because they provide a “chill” and “very safe” place to have fun. He told the Lunch With Bruce podcast that he’d rather avoid straight establishments because he got sick of “the aggressive d*ck swinging in hetero bars,” adding that it’s easier to avoid fights in gay bars.

HEATHER LOCKLEAR IS ENJOYING BEING ENGAGED: Heather Locklear is happy in love with her fiancé, even if they never end up walking down the aisle.  The 60-year-old Melrose Place star, who got engaged to her high school boyfriend Chris Heisser in April 2020 tells People, “[A wedding] is not so important. We’re together and we love each other and support each other. And really that’s all that matter.”

ELLEN POMPEO WILL KEEP ACTING AFTER GREY'S ANATOMY ENDS: Ellen Pompeo is confident she’ll keep acting once her time on Grey’s Anatomy is over, but she doubts it’ll be in the movies. She told Check In’s Dax Holt that she doesn’t “have a movie career, “and adds, “Before, being on a network for so long, you’d literally be doomed. That definitely is not the case anymore so I probably wouldn’t’ do movies per se, but I probably will do some streaming television.”