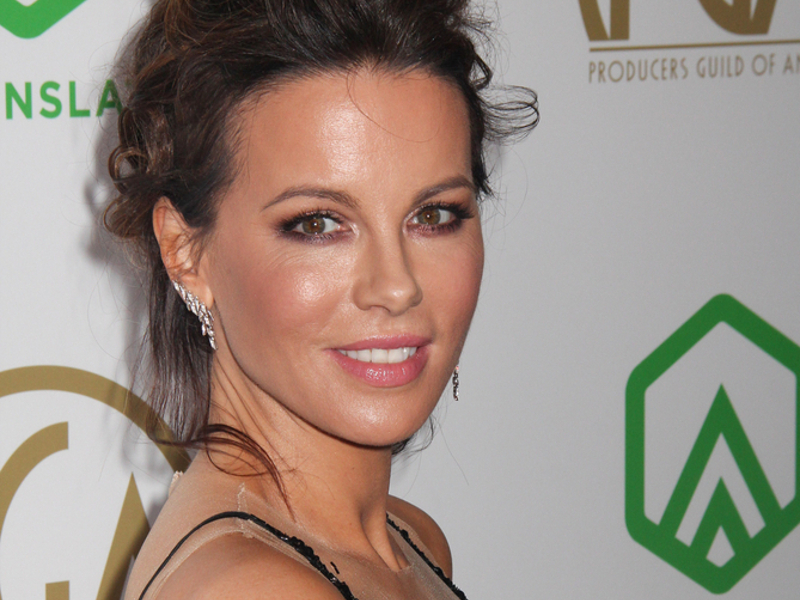 PRPhotos.com
Posted on December 27, 2019 by Pulse of Radio

KATE BECKINSALE ENTHRALLS SOCIAL MEDIA BY RIDING SANTA: Kate Beckinsale dressed up as one of Santa‘s reindeers and rode him into the night on social media. When a fan asked which reindeer she was, she responded: “Obviously Prancer how dare you.”

PELOTON HUBBY GIVES GIRLFRIEND WHAT? The actor who got dragged on social media for what critics deemed was a sexist commercial depicting him subtly forcing his wife exercise on a Peloton bike …. Gave his girlfriend a Peloton for Christmas. LOL? He wrote on Insta: “Here’s hoping this goes over better the second time…Merry Christmas to my actual girlfriend (pls don’t leave me).”

WEST SIDE STORY BOW DELAYED: Broadway will have to wait a bit for West Side Story’s official debut. Producer Scott Rudin revealed that leading man Isaac Powell hurt his knee during Friday night’s previews, and needed a few weeks to recover. “We’re postponing two weeks – from February 6 to February 20 – to give Isaac the chance to recover from an injury to his knee, so that he can have the same duration of preview playing period we’ve always had scheduled,” Rudin told Deadline. “Luckily he is much braver than me and will be back and playing his full, remarkable show very shortly.”

AMERICA FERRERA SHARES RARE PIC OF FAMILY: The normally private America Ferrera was in the giving spirit at Christmas. She shared a shot of herself, husband Ryan Piers Williams and son Sebastian “Baz” Piers Williams. To maintain her 19-month-old’s privacy, she put a rabbit emoji over his face. “I hope you get kiss attacked today by some bunny you love,” she captioned the family pic. “Merry Merry & a Happy Happy to everyone celebrating the holidays!”

TWINNING! The 54-year-old Elizabeth Hurley and her 17-year-old son Damian look picture-perfect, and very much alike, in a Christmas selfie. Damian has followed in his famous mom’s modeling footsteps, joining the other famous celeb kids, including Kendall Jenner and Kaia Gerber, on the catwalks.