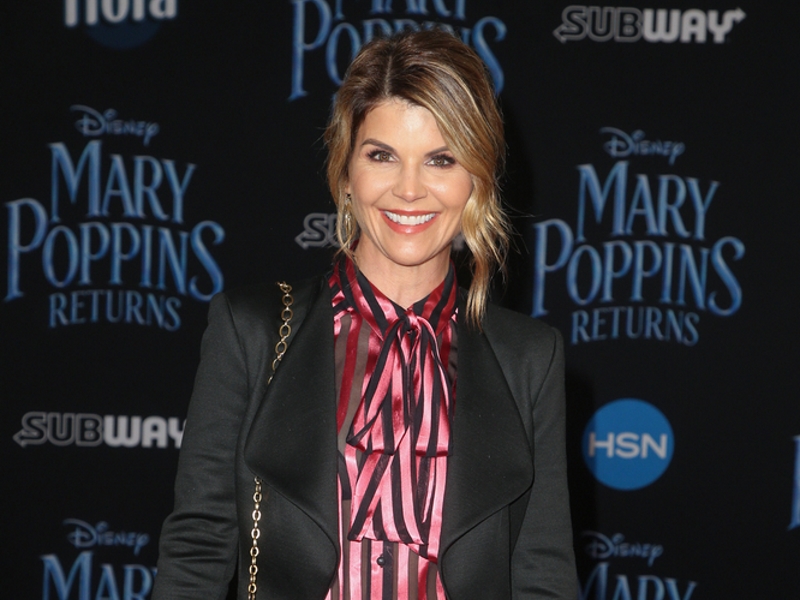 LORI LOUGHLIN AND MOSSIMO GIANNULLI TO PRESENT UNITED FRONT: Lori Loughlin and Mossimo Giannulli are facing their court challenges together, according to court documents, People reports. The pair are being repped by lawyers from the same firm. “Giannulli and Loughlin are innocent of the charges brought against them and are eager to clear their names,” the documents state. “And they believe their interests will be advanced most effectively by presenting a united front against the Government’s baseless accusations.” They will next appear in court on August 27th, and are expected to waive their rights to separate attorneys.

JOHNNY DEPP CLAIMS AMBER HEARD ‘PUT A CIGARETTE OUT’ ON HIS CHEEK: Johnny Depp is now claiming that Amber Heard “put a cigarette out” on his cheek during a 2015 fight in Australia. The allegation was revealed in an amended response that is part of Depp’s libel lawsuit against The Sun, which he says referred to him as a “wife beater” in a 2018 article. The documents reportedly claim that after a fight, Heard threw a bottle at him when his "hand was resting on the marble top of the bar, the bottle smashed against his finger, severing the top of his finger and fracturing multiple bones in it. Ms. Heard then put a cigarette out on [Depp's] right cheek."

SNOOKI CLAPS BACK AFTER SHARING A SHOT OF HERSELF FEEDING NEWBORN WHILE DRINKING WINE: The mom-shamers came for Nicole “Snooki” Polizzi after she shared a photo of herself bottle-feeding her eight-week-old-son Angelo while sipping wine. When the critics shared their thoughts, she said: "You’re not a mom. I allow myself to have a few glasses once a week to stay sane with three kids. I do what’s necessary to clean my milk for my baby. Let a mawma live and keep being 17."

WENDY WILLIAMS’ BIOPIC TO FOCUS ON SEX, DRUGS, RAPE: TMZ reports that the forthcoming biopic on Wendy Williams, dubbed Just Wendy, will document her life from 10 to 55, and cover everything from her struggles with drugs, fat-shaming and a never-before-told story of date rape. It will also detail her marriage to former manager and estranged husband Kevin Hunter.

ANNE HATHAWAY TALKS PREGNANCY STRUGGLES: Anne Hathaway may have a picture-perfect life, but she admits that behind-the-scenes, it’s anything but. While sharing the happy news of her second pregnancy on Instagram last week, she alluded to fertility struggles. ET caught up with her this weekend and Hathaway confessed: "It's not [always a straight line]. There is a one-sided narrative to this, and of course it's wonderful that we celebrate the happy moment when it's ready to share. I think there is a silence around the moments before that and they are not all happy, and in fact a lot of them are quite painful. I think that pain is that these women feel like we're the only ones going through it." She added: "I just knew that somewhere my announcement was going to make somebody feel worse about themselves because — and it wouldn’t be their fault that that happened — you just can't help it when you want something so bad and it feels like it's happening to everyone else but you. And I just wanted that person to know that they're included in my story too and that my story didn't just have happy moments too."

SARAH HYLAND STALKS INSTA TOO: Don’t feel so bad about your weird social media obsessions, Sarah Hyland is right there with you. The Modern Family star confesses that since getting engaged to Wells Adams, she’s been “stalking” wedding and bridal accounts. In Instagram Stories, she joked: “I’m totally not lying in bed stalking wedding and bridal Instagram accounts while watching Say Yes to the Dress.” Hyland added, “No not me. I’m not doing that. What are you talking about.”

TARYN MANNING SLAMS CAST-MATES, THEN SAYS SHE WAS HACKED: A day after the final season of Orange of the New Black hit Netflix, one of its stars, Taryn Manning, seemed to lash out against her fellow cast-mates. In an Instagram post, the 40-year-old wrote that the “show hurt me more than anything has in my life” and said that “not one cast member cares about me.” Manning did not name OITNB, she made reference to the Netflix series. “I have to speak out before anything happens to me. F— fame! This show hurt humans. You will never truly know but many were hurt!” On Sunday, she revealed: “My account was so epically hacked. I am back in and I am sorry.”