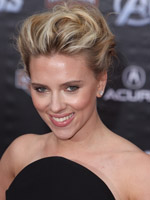 LORI LOUGHLIN & FELICITY HUFFMAN’S MUG SHOTS WON’T BE RELEASED: The Department of Justice has said that it won’t release the mug shots of actresses Lori Loughlin or Felicity Huffman, both of whom have been accused of bribing officials at the University of California as part of a college-admissions cheating scandal. The DOJ says that releasing the mug shots is not necessary if a suspect isn’t at large. Meanwhile, Sephora has dropped Loughlin’s daughter Olivia Jade from her modeling contract in the wake of the scandal. The company tells TMZ: “After careful review of recent developments, we have made the decision to end the Sephora Collection partnership with Olivia Jade, effective immediately.” Hallmark has also cut ties with her mother.

KYLE RICHARDS’ HUSBAND SUED FOR FRAUD: Real Housewives of Beverly Hills’ star Kyle Richards’ husband Mauricio Umansky is being sued by a former client who is accusing him of fraud in the sale of a $32 million Malibu mansion, The Blast reports. Umansky sold the home for $32.5 million, and has been seized by the U.S. government, which asserts that Teodoro Nguema Obiang Mangue used stolen funds from Equatorial Guinea to make the purchase. Mangue is the son of the president.

ROSARIO DAWSON CONFIRMS SHE AND CORY BOOKER ARE DATING: Rosario Dawson is all-in for Cory Booker’s run for president in 2020, telling TMZ of her love: “I am just grateful to be with someone that I respect and love and admire so much.”

SCARJO DISHES ON WHICH CO-STAR SHE’D KISS: Ever wonder about the behind-the-scenes chemistry of the couples making out on the big screen? In an interview with Vogue, Scarlett Johansson, when given the choice of making out with a co-star again said of her Vicky Cristina Barcelona co-star: “I would go round two with Penélope Cruz.”