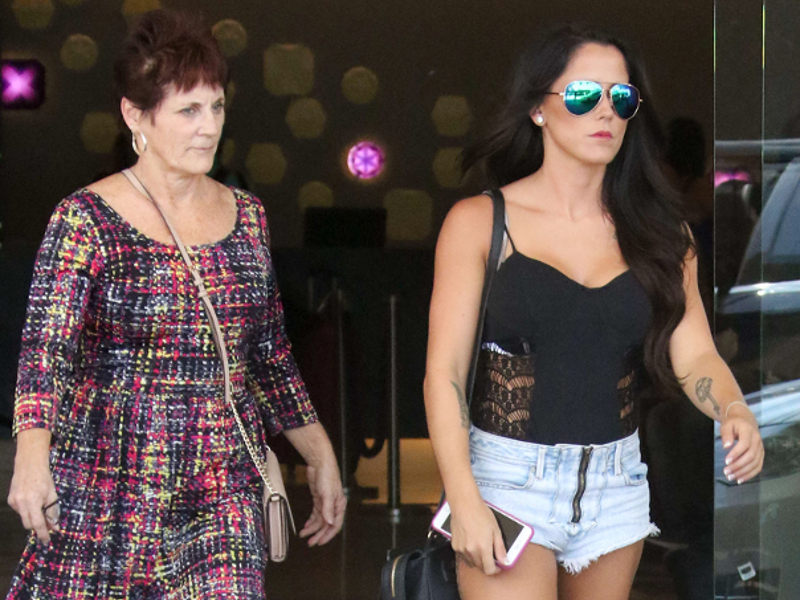 JENELLE EVANS + DAVID EASON? Rumors of a reconciliation between Jenelle Evans and David Eason continue to swirl and horrify fans who can’t believe she’d consider taking him back after he publicly admitted to killing her dog. The Teen Mom 2 alum tells E! that the pair have a new dog and are considering “going to counseling” to deal with their issues.

NICOLAS CAGE SPOTTED WITH MYSTERY WOMAN: Nicolas Cage visited the cemetery where his nine-foot tomb was built; he was holding hands with a mystery woman. This is the first time Cage has been spotted with someone after a wild four-day marriage to Erika Koike in March of last year. They officially divorced two months later.

GWYNETH PALTROW MASKS UP: Gwyneth Paltrow is trying to travel as safely as possible. The Goop founder posted a shot of herself wearing an Airinum protective mask en route to Paris (presumably for Fashion Week). The 47-year-old made a reference to her film, Contagion, joking: “En route to Paris. Paranoid? Prudent? Panicked? Placid? Pandemic? Propaganda? Paltrow’s just going to go ahead and sleep with this thing on the plane. I’ve already been in this movie. Stay safe. Don’t shake hands. Wash hands frequently.”

LAURA PREPON AND BEN FOSTER WELCOME SECOND CHILD: Baby No. 2 has arrived! Laura Prepon shared a shot of her new arrival on Instagram Wednesday; in it, the 39-year-old can be seen snuggling her newborn. She captioned it: “Welcoming home our new bundle of love. Overwhelmed with gratitude.” Prepon did not share the baby’s name or gender in the post. Prepon and husband Ben Foster share Ella, 2.