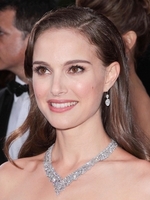 ARMED INTRUDER ARRESTED AT NATALIE PORTMAN’S HOME: An armed intruder was arrested at Natalie Portman’s home, Page Six reports. Police received an emergency call Tuesday afternoon, and the LAPD found the man and arrested him; he is reportedly the same man she has a permanent restraining order against.

SEX AND THE CITY FOLLOW-UP IN THE WORKS: It’s not a sequel, but it’s an adjacent tale. Candace Bushnell has a new TV project in the works, which will follow the story she is telling in Is There Still Sex in the City?, her next book, due out in August. The series will take a look at sex, the city, post age 50. The original series, starring Sarah Jessica Parker, Kim Cattrall, Kristin Davis and Cynthia Nixon ran for six seasons on HBO. No word yet on who will star.

KEANU REEVES PLAYS SORTA-HERO IRL: On Tuesday, John Wick star Keanu Reeves was among the many passengers to experience some type of flight issue en route to San Francisco, and the plane he was on was forced to land in Bakersfield, 100 miles from L.A. The 54-year-old leaped into action, telling them that it would take 3 hours for baggage handlers to arrive and deal with the plane, but that a van could be there in an hour to take them to L.A. Many opted to abandon their bags in favor of a ride from Reeves. The fun, natch, was widely documented on social media.

TOM CRUISE & NICOLE KIDMAN’S DAUGHTER ISABELLA TALKS SCIENTOLOGY: Tom Cruise and Nicole Kidman’s daughter Isabella is opening up about Scientology. She wrote a testimonial about her training in the church to other members. “This IS what I had been searching for. The missing piece. Suddenly everything began to make sense,” she wrote. “Thank you to my Dad for everything,” she continued, while also thanking her aunt, the actor’s sister, Cass Mapother. “I would have drowned in my own problems if you hadn’t been there to sup sic me or get me through the preliminaries. It took a whole family and an org to get me here.”