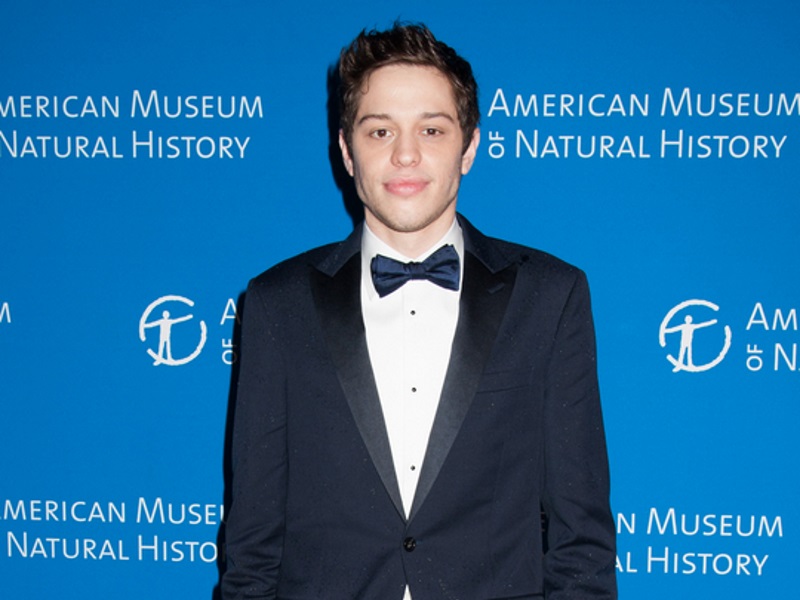 PETE DAVIDSON DROPS $400 AT MCDONALD’S: That’s a lot of happy meals. Pete Davidson was feeling extra generous en route to Baltimore on his stand-up tour. Page Six reports that he attended a screening of Avengers: Endgame and picked up McDonald’s to feed his friends, the sold-out audience and movie theater staff. Davidson may also be turning to guy time and fast food to nurse his sorrow over his split from Kate Beckinsale. The pair were first spotted together in January and broke up this month.

MAISIE WILLIAMS THOUGHT YOU’D HATE HER: (SPOILER ALERT) Game of Thrones’ Maisie Williams is relieved that her recent surprising murder of the Night King on Game of Thrones Sunday has been aired and that no one seems to hate her. Williams, who has played Arya since the show premiered in 2011, said she was nervous about fan reaction. She told People: “It was so unbelievably exciting. But I immediately thought that everybody would hate it; that Arya doesn’t deserve it. The hardest thing in any series is when you build up a villain that’s so impossible to defeat and then you defeat them. It has to be intelligently done because otherwise, people are like, ‘Well, [the villain] couldn’t have been that bad when some 100-pound girl comes in and stabs him.’ You gotta make it cool. And then I told my boyfriend and he was like, ‘Mmm, should be Jon though really, shouldn’t it?'” Meanwhile, many fans on social media were critical of the show …. But not for the reasons Williams suspected. Said one: “HBO: Let's make a show about dragons and zombies and spend a gazillion dollars on it… Also HBO: Let's make it so dark literally no one can tell what's happening”. Did you think the cinematography was too dark?

ANNE HATHAWAY DIDN’T SEE SUCCESS IN HER FUTURE: Anne Hathaway was by no means sure she’d make it in Hollywood. She tells ET that she "had absolutely no idea" how successful her career would become while filming her breakout role playing Mia Thermopolis in 2001's The Princess Diaries, which costarred Julie Andrews. "I had a mistaken idea… that there would be a point where you'd made it enough that you would be able to stop hustling," she said. "Like, I thought there was gonna be a moment where you were just like, 'Oh great, now I get to sit back… I've won this… and my movies have done that and now people come to me'… That's never really happened."

CARA DELEVINGNE AND ASHLEY BENSON CLAP BACK AT HATERS: Ashley Benson and Cara Delevingne are over the haters on social media. In screengrabs captured by Comments by Celebs, both women fired back at comments like "Every week there is something disrespected towards @AshleyBenson. I'm so glad Ashley is not around Cara anymore. @CaraDeleprivate is always so disrespectful. Ashley deserves better." Ashley wrote: “you need to mind your own business. Stop making things up.” Cara added: “Maybe get a hobby that doesn't involve being homophobic and hating others for being happy.”

KATE MIDDLETON AND PRINCE WILLIAM CELEBRATE EIGHT YEARS: Kate Middleton and Prince William are celebrating eight years of marriage, and they shared shots on Instagram from their wedding day. Kate is wearing an Alexander McQueen gown, thought to have cost $434K, featuring floral needlework and a nine-foot train. She also wore a Cartier halo tiara loaned to her by Queen Elizabeth II. William is wearing his bright red Irish Guards uniform. "Eight years ago today — thank you for your lovely messages on The Duke and Duchess of Cambridge’s wedding anniversary!" Kensington Royal captioned the pics. The Queen made their anniversary extra special, by naming her as a Dame Grand Cross of the Royal Victorian Order, the highest possible rank.