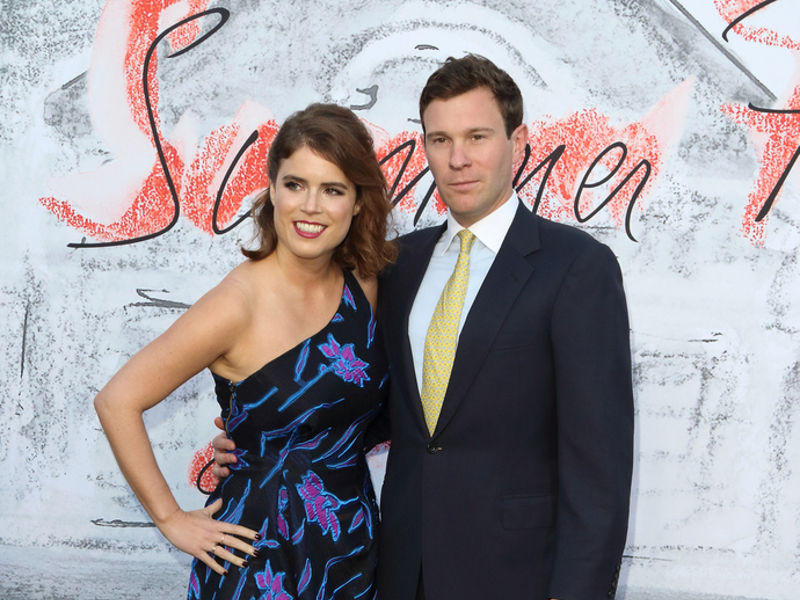 PRINCESS EUGENIE SHARES PHOTOS OF WEDDING DAY: On her second anniversary, Princess Eugenie shared unseen shots of her wedding to Jack Brooksbank. The pair married October 12, 2018 at St. George’s Chapel in Windsor Castle, with a lavish two-date fete with the entire royal family. She shared a sweet message to Brooksbank as well: "Been the best 2 years married to you and 10 years with you in total…happy memories always my dear Jack.”

REBEL WILSON SHARES SHOTS FROM GETAWAY: Rebel Wilson has been working at getting in shape during a “year of health,” and is now taking time to relax with her rumored boyfriend Jacob Busch. She shared images of them together, captioning them simply with a sun, taco and Mexican flag emoji.

JAMIE LEE CURTIS PONDERS CHRIS EVANS’ NUDE PIC LEAK: Jamie Lee Curtis has thoughts about Chris Evans’ nude photo leak. On The Kelly Clarkson Show, she said: “He’s so smart and such an unbelievably beautiful human being, I’m wondering if it was even planned.”

CAITLYN JENNER IS LOVING LIFE: Caitlyn Jenner is opening up about her 18 grandchildren. She told The Carlos Watson Show: “They all love me. I’ve got 18 grandchildren and 10 children. Life’s good.”

PATRICIA FIELD TALKS EMILY IN PARIS: Patricia Field has dressed stars in Sex and the City, The Devil Wears Prada, and now, Emily in Paris. She tells Page Six of her project starring Lily Collins as the titular character: “I visualized Emily as an optimistic young professional who was happy to have an opportunity to work in Paris. She tries to adapt to French chic while still expressing her American identity,” which often involves cliché accents like berets.