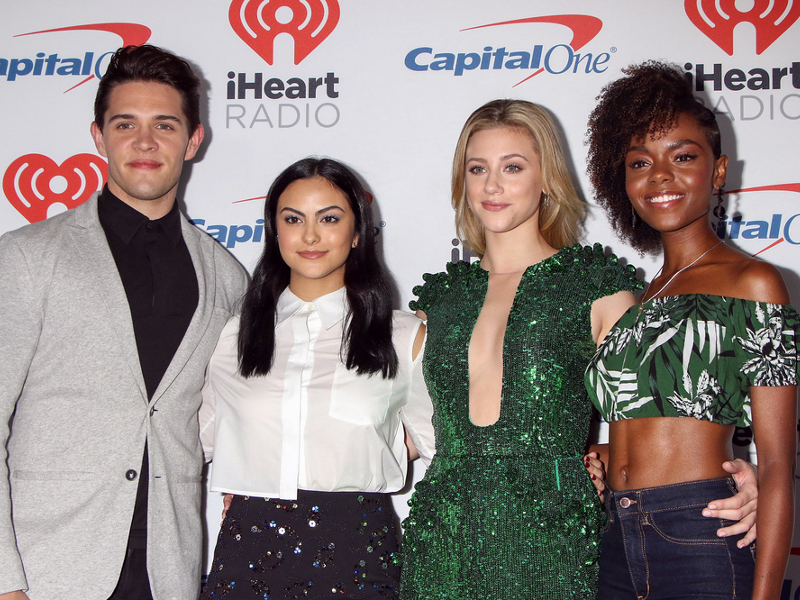 JUGHEAD MIA: In the new trailer for season 4 of Riverdale, a search party is on for Jughead (Cole Sprouse), Betty's (Lili Reinhart) getting bonked in the head, Veronica's (Camila Mendes) facing some sort of scandal, and people are playing football. Showrunner Roberto Aguirre-Sacasa told E! that season 4 will pick up around the Fourth of July. "I think some of the fun of season four and flashing to that is understanding and figuring out how we get to that point in the story," he told us. "So it's not something that is immediately going to happen, but we're goin to start sort of seeing threads pulled in that direction. We're going to see what leads up to it and then we're going to see the fallout to that scene, and that's sort of the general shape of season four." Riverdale returns Wednesday, October 9 on The CW.

THOMAS RAVENEL SENTENCED: Southern Charm’s Thomas Ravenel avoided jail time by pleading guilty to third-degree assault and battery, after his children’s former nanny accused him of rape. The 57-year-old reality star appeared in Charleston County court Wednesday, and received a 30-day suspended sentence and agreed to pay a $500 fine. The nanny claimed that in 2015, while his daughter was sleeping nearby, Ravenel “corralled” her into a bedroom and tried to force her to have sex. She said she got away.

ARTIE LANGE SAYS HE’S SOBER: Artie Lange says he’s seven-months sober after rehab. “Great to be home! 7 months 14 days sober but one day at a time. Lots of new stories to tell,” the stand-up comic tweeted, adding he planned to announce a new tour. “Will announce some new tour dates on Friday. Thanks for the support. Love you all.” The 51-year-old checked himself into rehab after testing positive for cocaine and a string of arrests.

TEDDI MELLENCAMP IS PREGNANT WITH NO. 3: Real Housewives of Beverly Hills star Teddi Mellencamp, 38, is pregnant with her third child with husband Edwin Arroyave. “I’m in my second trimester, 14 weeks,” she tells Us Weekly. While the reality star initially kept her pregnancy “under wraps,” she tells Us, “Everything’s good and I’m in the clear, so I’m just starting to get to that point where I’m sharing with everybody. Plus now I have a bump, so there’s not much more hiding I’ll be able to do!”

CAMERON MATHISON SHARES CANCER DIAGNOSIS: All My Children alum and Hallmark Channel host Cameron Mathison is opening up about his cancer diagnosis. “I have a health situation that I want to share with you all. There are many reasons I love social media, staying connected with you all, sharing fun experiences… well this time I’m asking for your help,” the 50-year-old actor wrote on Instagram on Tuesday. “About a month ago, I had an MRI for some gut issues I’ve been having, and during that MRI they found a tumor on my right kidney. It’s consistent with Renal Cell Carcinoma … or kidney cancer.” He is having surgery today (Thursday) and remains “grateful and optimistic.” He shares two children, 16-year-old son Lucas Arthur and 13-year-old daughter Leila Emmanuelle, with his wife Vanessa Arevalo.