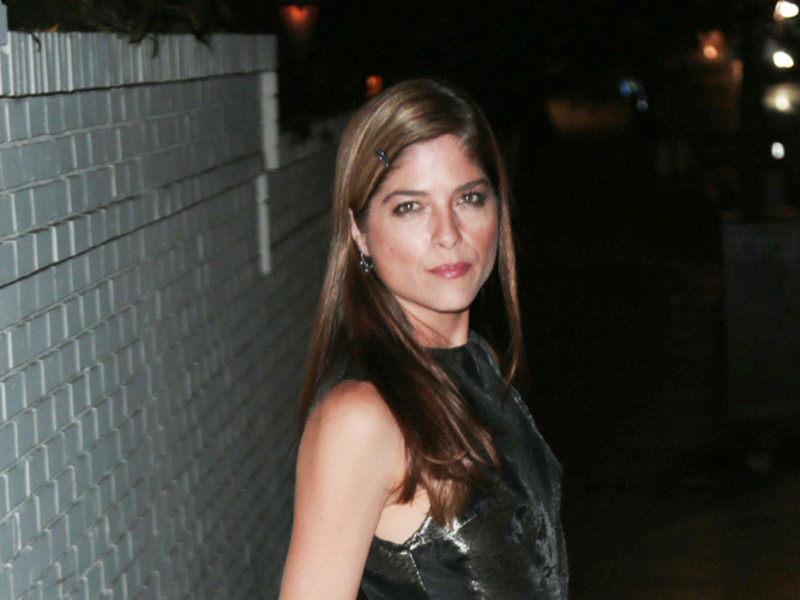 PRPhotos.com
Posted on November 5, 2019 by Pulse of Radio

SELMA BLAIR SHARES POST-CHEMO PHOTO: Selma Blair shared a snap of her post-chemo pixie cut on Instagram Monday (November 4th). The Cruel Intentions actress writes that after her hair fell out following her chemotheraphy treatment for MS, it took two months to begin regrowth. She says she's currently embracing her short, charcoal hair, “Unless…some fancy pants company with a thick checkbook wants to entice me out of dye retirement. “

“I could say that I am so proud of the person you are becoming… but the truth is I have always been proud of you. Happy Birthday Meadow! I know it's your 21st and you wanted to go big in Japan, but the family has a cake waiting for you when you get home, so hurry. Love you kid. Uncle Vin.”

SHAWN JOHNSON GIVES BIRTH TO BABY GIRL: ‘OUR EVERYTHING’: Shawn Johnson is a new mom. The 27-year-old former Olympic gymnast took to Instagram Monday after welcoming her first child, a daughter, with her husband, Andrew East. Johnson shared a black-and-white photo of herself holding her baby girl as East embraces them both. “You are our everything. Welcome to the world baby girl. @andrewdeast @theeastbaby @thefamilyeast,” she captioned the post. East, an NFL free agent, posted a video with Johnson and their daughter on his own account. “what up @theeastbaby @shawnjohnson @thefamilyeast #family,” he wrote.

KATE BECKINSALE'S DIVORCE IS FINAL: Kate Beckinsale is officially single. People confirms that the actress and her director husband, Len Wiesemen, have finalized their divorce. The two met in 2003 while working on the first Underworld film together. They wed in 2004 and confirmed their separation in late 2015.