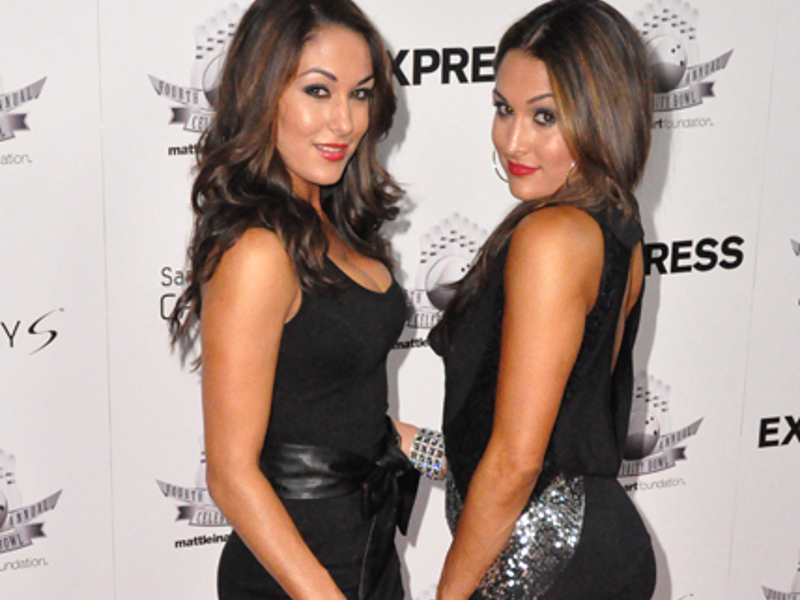 SIR PATRICK STEWART IS WRITING HIS MEMOIRS: Star Trek icon Sir Patrick Stewart is ready to write his memoirs. “The idea of writing a memoir based on my life and career has been in my mind for several years, but always the demands of work have pushed it into the background. Today there are no demands, nor is there a prediction when there might be," Stewart, who turns 80 on July 13, said in a statement. He reportedly has a deal with Gallery Books for a “revealing and heartwarming look” into his life and times. Stay tuned for a title and release date.

BELLA TWINS ASK FOR PRAYERS: Nikkie and Brie Bella are asking for prayers as their mom Kathy Colace Laurinaitis undergoes brain surgery. "Our Mama Bella, our Gigi, our Gato is about to head into brain surgery," Nikki began on Instagram. "I ask for so many prayers, so much light and love sent her way. Sadly they found what you can compare to a tumor on her brain stem that has been paralyzing her face. I have faith that the amazing doctors will do an incredible job and our Gigi will be on the road to recovery starting late today."

WHY DID BRAD PITT VISIT ANGELINA JOLIE? Brad Pitt recently visited Angelina Jolie, in what many see as a sign that the feud between the exes is coming to an end. The pair live just two minutes apart and share six children.

LENA DUNHAM ADMITS SHE HAD HELP: Yep, she’s privileged! The Girls creator is responding to critics who say her early success came relatively easy as, as the child of artists Caroll Dunham and Laurie Simons. On Twitter, she agreed, saying: "Whenever I found out I'm trending, I have to immediately check if I'm alive! Then, I try and see if there's a constructive dialogue to have on Twitter. Often there isn't, but today there really WAS. It actually wasn't a dialogue – it was just me agreeing that the Hollywood system is rigged in favor of white people and that my career took off at a young age with relative ease, ease I wasn't able to recognize because I also didn't know what privilege was."