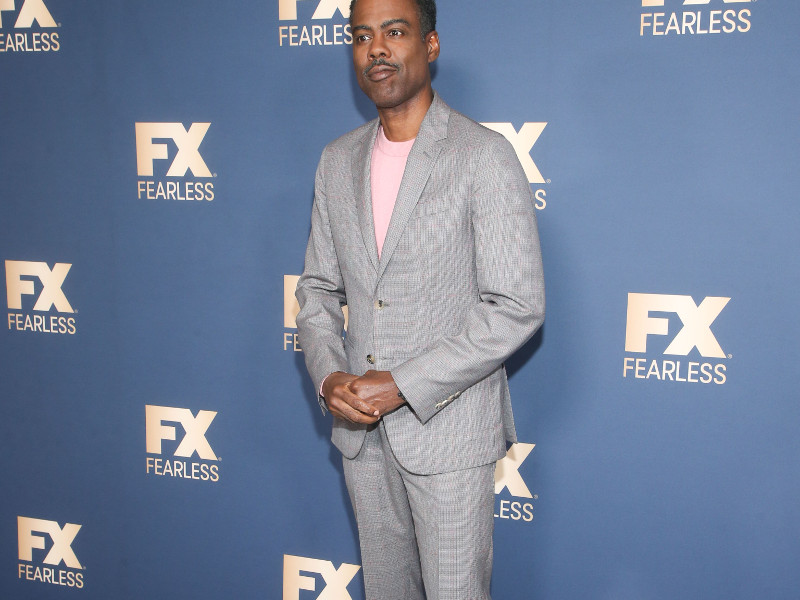 Chris Rock sat down with The New York Times for a long talk about race, this wild summer and his latest dramatic turn in Fargo.

Rock said: “This is the second great civil rights movement. And Dr. King and those guys were amazing. But they knew nothing about money. They didn’t ask for anything. At the end of the day, the things we got — it was just, hey, can you guys be humane? All we got was, like, humanity. If they had it to do all over again, in hindsight, there would be some attention paid to the financial disparity of all the years of — let’s not even count slavery, let’s just count Jim Crow.”

He continued: “You’re talking about a system that really didn’t end until about 1973. And I’m born in ’65 in South Carolina. I’m probably in a segregated wing of a hospital — there’s no way in the world I was next to a white baby. Even if the hospital wasn’t segregated, I was in a whole other room and that room didn’t have the good milk and the good sheets. My parents couldn’t own property in certain neighborhoods when I was born. There was an economic disparity there, and that was not addressed in the original civil rights movement. It was a huge oversight. So there’s no money and there’s no land. If you don’t have either one of those, you don’t really have much.”

Rock said: “It’s real. It’s not going away. I said this before, but Obama becoming the president, it’s progress for white people. It’s not progress for Black people. It’s the Jackie Robinson thing. It’s written like he broke a barrier, as if there weren’t Black people that could play before him. And that’s how white people have learned about racism. They think, when these people work hard enough, they’ll be like Jackie. And the real narrative should be that these people, the Black people, are being abused by a group of people that are mentally handicapped. And we’re trying to get them past their mental handicaps to see that all people are equal.”

Fallon drew criticism for playing Rock in blackface back in the day on SNL. Rock said: “Hey, man, I’m friends with Jimmy. Jimmy’s a great guy. And he didn’t mean anything. A lot of people want to say intention doesn’t matter, but it does. And I don’t think Jimmy Fallon intended to hurt me. And he didn’t.”

However: “Blackface ain’t cool, OK? That’s my quote. Blackface is bad. Who needs it? It’s so sad, we live in a world now where you have to say, I am so against cancer. ‘I just assumed you liked cancer.’ No, no, no, I am so against it. You have to state so many obvious things you’re against.”

DIFFERENCE BETWEEN GOP AND DEMS

Rock said: “Put it this way: Republicans tell outright lies. Democrats leave out key pieces of the truth that would lead to a more nuanced argument. In a sense, it’s all fake news.”

In August, Rock went to Chicago to finish filming the fourth season of the FX crime drama, and it will bow September 27th.

He said of finishing the season: “It was like an episode and a half — the whole last episode, and some scenes from the one before it. It’s weird, quarantine when you’re acting. Acting can be isolating, anyway, and then you throw quarantine into that. You’re in solitary confinement with Netflix and Uber Eats. But let’s not get it too twisted. Somebody that’s in solitary is like, shut the expletive up. And then to actually act and get tested every other day, and wear a mask whenever you’re not saying your lines. And be cognizant of which zone you’re in. Because for Zone A, everyone’s been tested, but in Zone B, not everyone’s been tested. Zone C is just, everyone’s got Covid.”

ON WHO HE DEPENDS ON

Rock said: “The other day I realized I’ve never met an elderly person that was cared for by their friends. Every elderly person I know that’s got any trouble is cared for by a spouse or a child. Sometimes they have like five kids but only one helps. Where are your friends? Your friends are probably not going to be there when it really counts. Laughs. When my dad was dying in the hospital, where were his friends? My grandmother, where were her friends? Don’t get me wrong, you get sick in your 20s, your friends will come to the hospital. It’s an adventure. Laughs. You get sick in your 60s, they farm it out. ‘You go Wednesday and I’ll go Sunday.’ Enjoy them while you have them. But if you think your friends are your long-term solution to loneliness, you’re an idiot.”