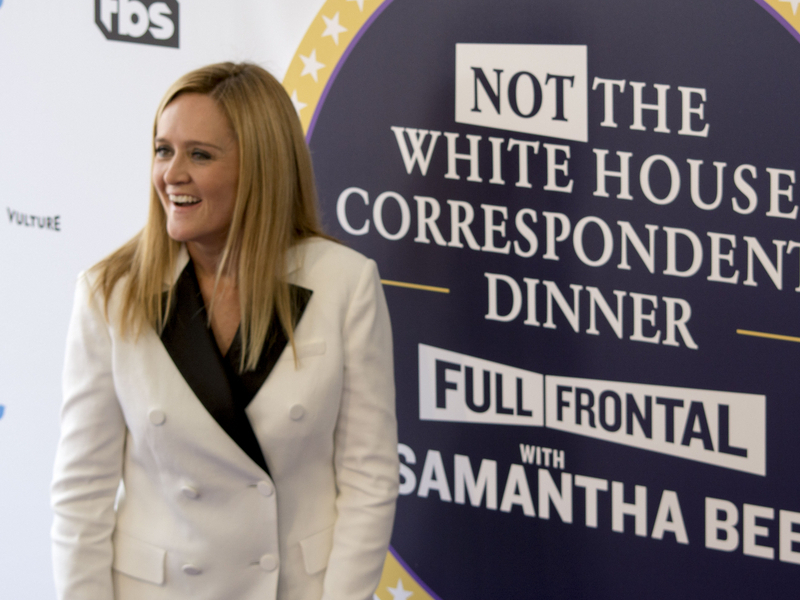 DAVID WARNER DIES AT 80: Variety reports that British actor David Warner died on Sunday (July 24th) of cancer-related illness in London. He was 80 years old. Warner is known for his roles in The Omen, Time After Time, Tron, Time Bandits, and Titanic. His family said in a statement, “Over the past 18 months he approached his diagnosis with a characteristic grace and dignity. He will be missed hugely by us, his family and friends, and remembered as a kind-hearted, generous and compassionate man, partner and father, whose legacy of extraordinary work has touched the lives of so many over the years. We are heartbroken.”

‘FULL FRONTAL WITH SAMANTHA BEE’ IS CANCELLED AFTER SEVEN SEASONS: Deadline reports that TBS is saying goodbye to Full Frontal with Samantha Bee after seven seasons. A spokesperson for TBS told the outlet, “As we continue to shape our new programming strategy, we’ve made some difficult, business-based decisions. Full Frontal With Samantha Bee will not return to TBS. We are proud to have been the home to Full Frontal with Samantha Bee and thank Sam, and the rest of the Emmy-nominated team for their groundbreaking work. We celebrate this extraordinarily talented cast and crew and look forward to exploring new opportunities to work with them in the future.”

WATCH THE TRAILER FOR ‘TILL:’ Entertainment Tonight reports that the trailer for the biopic Till was released on Monday (July 25th). The film follows Mamie Till Mobley as she seeks justice for the lynching of her 14-year-old son, Emmett Till, in 1955. The cast includes Jalyn Hall as Emmett Till, Whoopi Goldberg as his grandmother, Alma Carthan, and Danielle Deadwyler as his mother, Mamie Till Mobley.

KEN JENNINGS AND MAYIM BIALIK WILL BOTH CONTINUE TO CO-HOST ‘JEOPARDY!’: According to TVLine, the search for Alex Trebek‘s permanent replacement appears to be over. Ken Jennings and Mayim Bialik, who have both been guest hosting Jeopardy!, are set to continue co-hosting the show for its 39th season.