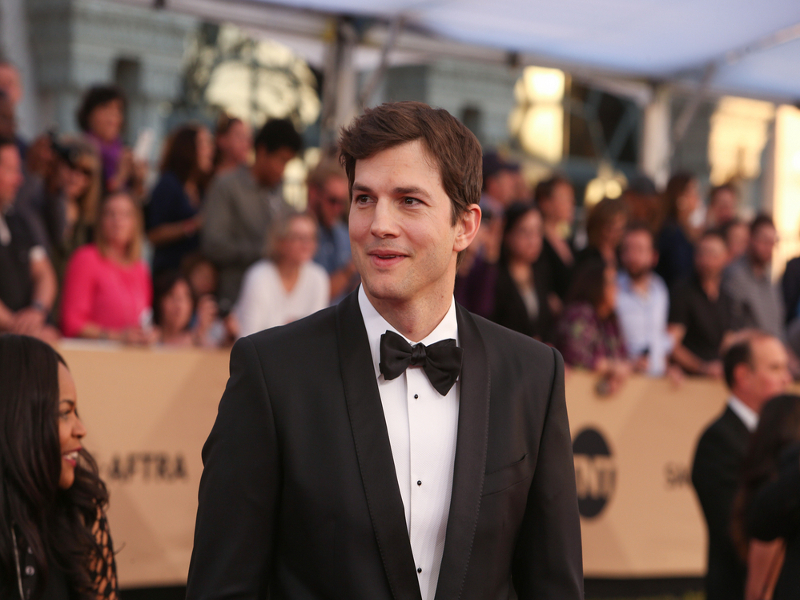 At 56, Demi Moore stripped down literally for Harper’s Bazaar and figuratively for the New York Times. For both publications, she opened up, discussing her unhappy childhood and her own controversial life choices.

She tells Harper’s that when her mother Virginia King suffered an overdose, her life changed.

“The next thing I remember is using my fingers, the small fingers of a child, to dig the pills my mother had tried to swallow out of her mouth while my father held it open and told me what to do,” Moore told the outlet.

She added, “Something very deep inside me shifted then, and it never shifted. My childhood was over.”

She went on to move 30 times as a kid. In 1980, her stepfather Danny Guynes died by suicide.

In the New York Times, Moore discussed her 2005 marriage to Ashton Kutcher, who was 15 years younger than her (she was 42, he was 27). She said that the marriage was a “do-over” of her twenties.

"Like I could just go back in time and experience what it was like to be young, with him — much more so than I’d ever been able to experience it when I was actually in my twenties," Moore said.

She said that they tried to have kids, and though she became pregnant, she lost their child late in the pregnancy and turned to alcohol.

Moore struggled with addiction herself. In 2012, after losing a lot of weight and partying too much, she collapsed at home and went to rehab for drug addiction and an eating disorder.

“In retrospect, what I realized is that when I opened the door (again), it was just giving my power away,” said Moore. “I guess I would think of it like this: It was really important to me to have natural childbirth because I didn’t want to miss a moment. And with that I experienced pain. So part of being sober is, I don’t want to miss a moment of life, of that texture, even if that means being in… some pain.”

In 2013, she and Kutcher formally split.

Lena Dunham, who wrote the piece for Harper’s Bazaar, said that Moore’s new memoir, Inside Out, which details her life  gives "the honest and arresting way she details her slow drift into a different kind of emotional poverty, the sort that only decades of tabloid harassment and unchecked trauma can alchemize. She narrates, with the precision of a butcher’s knife, her divorces, addiction, and eventual isolation…"

Moore has hope for her kids. She credits her daughters with ex-husband Bruce Willis – Rumer, 31, Scout, 28, and Tallulah, 25 – with providing "an opportunity to start to change the generational pattern. To be able to break the cycles…”

Inside Out drops September 24th.