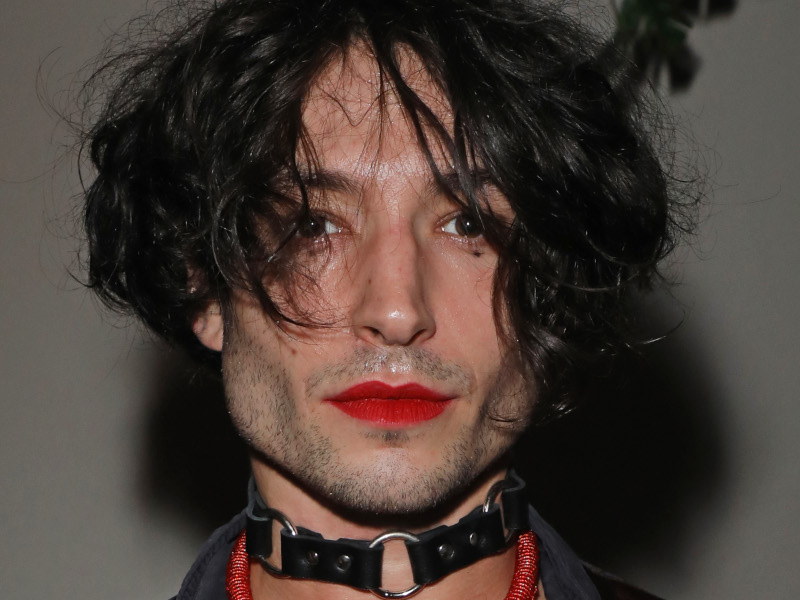 EZRA MILLER IS CHARGED WITH FELONY BURGLARY IN VERMONT: The Flash star Ezra Miller is now embroiled in even more controversy. Deadline reports that Miller allegedly stole alcohol from a home in Vermont, and they are now being charged with felony burglary. The police report reads, “On 05/01/2022 at approximately 1755 hours, the Vermont State Police was notified of a burglary complaint at a residence on County Road in the town of Stamford, Vermont. The initial findings indicated that several bottles of alcohol were taken from within the residence while the homeowners were not present. As a result of an investigation that included surveillance videos and statements, probable cause was found to charge Ezra M. Miller with the offense of felony burglary into an unoccupied dwelling.” This comes just days after Warner Bros. confirmed that The Flash was still on course for its 2023 theatrical release.

PETE DAVIDSON HAS BEEN IN ‘TRAUMA THERAPY’ AS A RESULT OF KANYE ‘YE’ WEST’S HARASSMENT: A source told People Monday (August 8th) that Pete Davidson has been in “trauma therapy” since April “in large part” due to the harassment he’s experienced from Kanye “Ye” West. “The attention and negativity coming from Kanye and his antics is a trigger for Pete, and he's had to seek out help,” the insider said. The source added that the Saturday Night Live star “has no regrets for dating Kim and wants it to be made very clear that she's been nothing but supportive of him throughout their relationship.”

KEVIN SMITH SAYS SCRAPPING ‘LATINA BATGIRL MOVIE’ LOOKS ‘INCREDIBLY BAD:’ In his YouTube series Hollywood Babble-On, Clerks filmmaker Kevin Smith commented on Warner Bros. recent decision to shelve Batgirl. “It’s an incredibly bad look to cancel the Latina Batgirl movie,” he said. The movie stars Leslie Grace, who is of Dominican descent. “I don’t give a s—t if the movie was absolute f—king dogs—t,” Smith said. He later added, “I guarantee you that it wasn’t.”

TYLER CAMERON AND PAIGE LORENZE BREAK UP: Just three weeks after going public, The Bachelorette alum Tyler Cameron and model Paige Lorenze are now going their separate ways. On E!’s Daily Pop Monday (August 8th), Cameron said, “We actually had to take a step back. It wasn’t the right time. It wasn’t good for us. So, we’re back to not dating anymore, just doing our own thing right now. But we both have tons of respect and love for each other.”