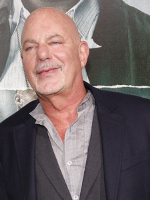 The director and creator of The Fast the Furious franchise Rob Cohen is being accused of sexual assault by his transgender daughter. Valkyrie Weather (born Kyle Cohen) shared her story on social media, saying that Cohen used her for his own sexual gratification" when she was a toddler, and that her mother was aware, having witnessed at least one assault.

The now-32-year-old says he also took her to see sex workers in Thailand the Czech Republic when she was a teen and also bragged about raping at least one other woman in her sleep.

Cohen denies the allegations, telling The Hollywood Reporter: “My beloved child has accused me of the most awful thing imaginable. Knowing that it is categorically untrue is painful enough. Having to write this and saying that my kid is not telling the truth is heart wrenching.”

Cohen adds that she made those accusations previously during his custody battle with her mother (his ex), but that they were ultimately dismissed by authorities and that he was awarded full custody.

He adds: “When Valkyrie’s (Kyle at the time) mom and I were getting divorced, she accused me during the custody court proceedings of many things, including a similar accusation to this one. After a very long trial, the court-appointed psychiatrist awarded me full custody, in spite of these false accusations. Subsequently, my ex-wife appealed, and after another lengthy trial, I was awarded full custody once again. At this point Kyle was about 14 years old, and when asked about his preference on which parent to live with, he chose me.”

He has three other children with his wife, actress Barbara Cohen: Zoe, Jasi and Sean, all aged 10.

Since going public with her accusations, Weather claims to have been contacted by another one of his alleged victims.