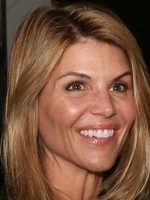 The fallout continues for Lori Loughlin and Felicity Huffman amid the sweeping college admissions scheme they have been implicated in.

One California mother named Jennifer Kay Toy has filed a $500 billion class action suit against all of the defendants in the alleged scam, dubbed “Operation Varsity Blues,” claiming “legitimate applicants to colleges were denied access due to the illegal activities.”

In the suit, she notes that her son Joshua wasn’t admitted to several universities where the fraud allegedly took place, despite his 4.2 grade average.

All are free on bail; Huffman’s husband William H. Macy has not been charged.

Netflix, meanwhile, is ousting Loughlin from Fuller House, TMZ reports. The fifth season will not include Loughlin, aka Aunt Becky. The 54-year-old was also axed from the Hallmark Channel, where she starred in multiple series.

Her daughter Olivia Jade, an Instagram “influencer” and YouTube star, has been dropped from Sephora and TRESemme in the wake of the scandal. (She and her older sister were still both attend University of Southern California; TBD what their and other students’ statuses will be going forward).

Huffman ran a parenting website called What the Flicka, where she offered advice. The website and all social media accounts related to it have been taken down.

Both Huffman and Loughlin have deleted their social media accounts, although not before a few internet sleuths pulled up old tweets they sent out.

Huffman, per the sleuths, reportedly used the phrase “partner in crime” several times on social media.

Loughlin, meanwhile, tweeted out that “There are more important things than money. Like doing the right thing. Words to live by.”

Macy’s previous words have also been highlighted in the wake of the scandal. In 2004, he told ET of his willingness to help his kids: “One can help your children in this business, and the nepotism works, and I have no problems with it. If I can give them a leg up, I absolutely would. It's a great way to make a living. It really is.”