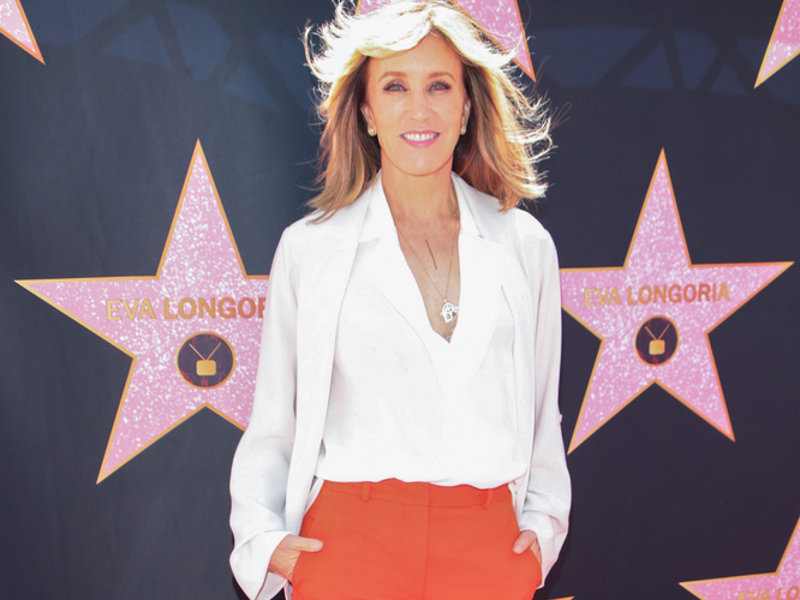 Desperate Housewives alum Felicity Huffman was all smiles as she fulfilled her community service duties. The 56-year-old was photographed delivering cupcakes to a building where she has been completing community service as part of her sentence after pleading guilty for her role in the college admissions scandal.

After completing 11 days behind bars, she is expected to complete 250 hours of community service, undergo a year of probation and pay a $30,000 fine.

Huffman is reportedly working at a local rehab center for previously homeless girls who want to get their GEDs called the Teen Project. Huffman’s daughter Georgia, 17, have been tutoring and volunteering their for two years.

Huffman is also enjoying her freedom, and was spotted out with husband William H. Macy driving around in a Porsche.

Huffman joined the vast majority of parents and coaches wrapped up in the scandal by pleading guilty. According to observers, the guilty pleas ensured lesser sentences. Lori Loughlin and her husband Mossimo Giannulli, meanwhile, have pleaded not guilty and are therefore facing 40+ years behind bars. Their time behind bars could potentially be much higher because the size of their alleged bribe ($500K vs. Huffman’s $15K) is much more substantial.

Loughlin and Giannulli are next due in court on January 17th.