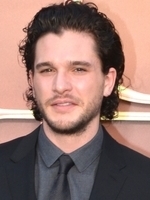 A Game of Thrones plot twist has forced star Kit Harington into therapy, he reveals in a cover story with Variety. The 32-year-old also reveals his struggle with life in the white-hot spotlight thanks to the fame he has achieved through the popular HBO show.

“It wasn’t a very good time in my life,” he said. “I felt I had to feel that I was the most fortunate person in the world, when actually, I felt very vulnerable. I had a shaky time in my life around there — like I think a lot of people do in their 20s.”

He admits that he hit rock bottom when his character Jon Snow became the focal point of the show. “My darkest period was when the show seemed to become so much about Jon, when he died and came back,” he explained. “I really didn’t like the focus of the whole show coming onto Jon — even though it was invalidating my problem about being the weak link because things were about Jon.”

He added: “When you become the cliffhanger of a TV show, and a TV show probably at the height of its power, the focus on you is f—ing terrifying.”

He began grappling with severe anxiety, and ended up going to therapy. “That was a time when I started therapy, and started talking to people,” he said. “I had felt very unsafe, and I wasn’t talking to anyone. I had to feel very grateful for what I have, but I felt incredibly concerned about whether I could even f—ing act.”

Nowadays, Harington is doing fine. “It’s like when you’re at a party, and the party’s getting better and better. Then you reach this point of the party where you’re like, it’s peaked,” he said. “I don’t know what I could find more from this. You realize, well, there isn’t more. This is it. And the ‘more’ that you can find is actually in the work rather than the enjoyment surrounding it.”

The final season premieres April 14th. “HBO went balls out, I think is the term,” he joked. “They could have easily set the same budget as they did for season 7, but they went bigger.”

“It was a huge heave of emotion. I’m just blubbing,” he said of shooting the final scene. “The end of Jon’s journey, whatever that may be … I was satisfied with how his story ended.”