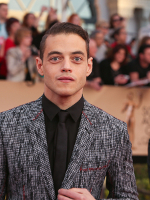 Green Book, based on the real life story of a black musician who hired a white driver to tour the Deep South in the 1960s won Best Picture, against Roma, Black Panther, BlacKkKlansman, Bohemian Rhapsody, The Favourite, A Star Is Born, and Vice.

Green Book was widely considered an underdog, having been the subject of numerous controversies, including old revelations of director Peter Farrelly flashing his penis on-sets and star Viggo Mortenson using the N-word, in addition to an outcry over its accuracy.

The other big wins were Olivia Colman, for Best Actress in The Favourite and Rami Malek, for Best Actor in Bohemian Rhapsody. Alfonso Cuoron won Best Director for Roma. Colman’s victory was considered an upset, with many expecting seven-time nominee Glenn Close to clinch the win.

The Oscars are considered to be the culmination of the awards season, and this year there were all of the usual draws—glimpses of the world’s biggest stars in couture gowns and diamonds, the year’s best films earning (or being overlooked) the industry’s highest honors, amazing speeches, riveting gaffes. But this year, the drama kicked off ahead of time, starting when Kevin Hart was named as host then stepped down after homophobic tweets he sent out years ago were resurfaced.

The Academy did its level best to deliver an exciting show sans host, bringing in A-listers to present and lining up a rollicking roster of performers.

The show kicked off with a bang, featuring Adam Lambert and Queen members Brian May and Roger Taylor in an explosive medley of “We Will Rock You” and “We Are the Champions.”

Tina Fey, Maya Rudolph and Amy Poehler kicked the show off by breaking the ice and poking fun at the show’s host-less status, all while celebrating Hollywood’s fresh embrace of female power and presenting the award for Outstanding Supporting Actress.

That first award went to Regina King for If Beale Street Could Talk. "To be standing here, representing one of the greatest artists of our time, (author) James Baldwin, it's a little surreal," she said. "I'm an example of when love is important to someone," she added when thanking her mom. "God is good, all the time."

Free Solo’s director Elizabeth Chai Vasarhelyi almost hyperventilating while accepting the award for Best Documentary Feature. "This film is for everyone who believes the impossible," she said.

Black Panther’s Hannah Beachler becoming the first African-American woman to win best production design. "I stand here stronger than I was yesterday because of (director) Ryan Coogler," she said.

Tyler Perry acknowledges the controversy over the Academy’s move (and then reversal on the move) to present behind-the-scenes Oscars during commercial breaks.

Roma winning Best Foreign Language Film. “I grew up watching foreign-language films, learning so much from them. Films like Citizen Kane, Jaws, Rashomon, The Godfather, " said Mexican director Alfonso Cuaron. "The nominees tonight show that we are part of the same ocean."

Bette Midler surrounded by flying umbrellas and looking (and sounding) every inch the diva as she sings “The Place Where Lost Things Go,” from Mary Poppins Returns.

Mahershala Ali winning Best Supporting Actor for the second time, this time for Green Book. "Trying to capture Dr. Shirley's essence pushed me to my ends, which is a reflection of the person he was and the life that he lived," Ali said, dedicating the award to his grandmother, "who has been in my ear my whole life. … I know I would not be here without her."

Spider-Man: Into the Spider-Verse nabs Best Animated Feature. "When we hear that somebody's kid is watching the movie and says, 'That looks like me' … we feel we already won," said producer Phil Lord.

Bradley Cooper and Lady Gaga performing an absolutely riveting “Shallow” from A Star Is Born. They end the song side by side at the piano, heads nestled together, to a standing ovation.

Spike Lee finally getting an Oscar for Adapted Screenplay. The crowd erupted in applause when the BlacKkKlansman director won. He pointed out that this year is the 400th anniversary of slaves coming to Virginia: "We all connect with the ancestors who have love (and) wisdom to regain our humanity." He then asked the crowd to mobilize for the next presidential election. "Let's do the right thing! You know I had to get that in there."

Lady Gaga snagging Best Original Song for “Shallow.” She thanked director and co-star Bradley Cooper, and told would-be performers: "It's not about winning; what it's about is not giving up."

Rami Malek winning Best Actor for Bohemian Rhapsody. "My mom is in here somewhere. I love you, lady," he said. "My dad didn't get to see me do any of this but he's looking down on me right now." Malek also thanked "everyone who took a chance on me" to play Freddie Mercury: "I may not have been the obvious choice, but I guess it worked out." He adds that the popularity of the movie "is proof that we're longing for stories like this."

Up for the third time to collect Best Director, Alfonso Cuaron admitted it “doesn’t get old.” He added:  "I want to thank the Academy for recognizing a movie about an indigenous woman."

Green Book pulling out a surprise win for Best Picture. "We made this film with love and with tenderness and with respect," producer Jim Burke said, tacitly acknowledging the backlash. "The whole story is about love, and about loving our differences," added director Peter Farrelly.

Actress in a Leading Role: Olivia Colman (The Favourite)

Peter Farrelly on Green Book’s win despite the controversy:

2:54 [Of course we were nominated so we thought we could win, but um we didn’t expect it honestly. I honestly I kind of block it out. If I watch a football game and I need my team to score, I just leave the room and they will. If I watch them they won’t, so I just kind of thought about everything but winning this thing and it worked] SOUNDCUE (3:17 OC …. It worked)

Rami Malek on how he felt capable of taking on the life-changing role as Freddie Mercury:

2:16 [I don’t know how they thought a young man who felt so alienated, profoundly alienated with such social anxiety could ever play Freddie Mercury. But the one thing that was beautiful about it was that I started to discover in this audacious, communicative, present, powerful human being there was a sense of loneliness and a sense of anxiety, and I could relate the two together. SOUNDCUE (2:16 OC …. two together)

Regina King talks about the surreal nature of winning an Oscar with her family by her side:

0:40  [It’s hard to put it in words really quicly I feel like it’s one of those full circle moments because so much of the character Sharon Rivers was mapped or inspired by my mother and my grandmother. So to have her there, my family, my sister Reina, my son Ian. They’re both here tonight and it goes so fast you and you want to thank so many people and your mind just goes blank. And my mom was there just like the  light bounce right there. Just everything. ] SOUNDCUE (1:22 OC . . . just everything)

Regina King speaks on how If Beale Street Could Talk breaks through social boundaries:

2:09 Where we are right now. It’s a film that breaks through a lot of the sections that are that exist right now. Love is that thing that pushes us through trauma. This is an urban tragedy, but tragedy is experienced no matter what sex you are, no matter what race you are and love and support is usually what pushes us through and and gets us the other side. So I think this film is so needed right now because we need a lot of help getting through the other side to see how alike we are. Yes we are so different but to the core, to the core, we really are a lot alike. . ] SOUNDCUE (3:08 OC . . a lot alike)

Ruth Carter on the making history as the first African-American to win an Oscar for Costume Design:

Peter Ramsey on the responsibility of bringing an Afro-Latino character to life in Spider-Man:

3:09: [It’s a huge responsibility. This is something that is going to be seen and taken to heart by millions of people. But something that people have to know is that our whole team, I mean the guys standing up on this stage, as well as the hundreds of artists I was talking about before: All of them deeply felt the importance of that idea and that mission. Miles had a lot of back up and people who really believed in his story and his character and knew how important it would be to black kids, latino kids, kids who just want to be their best selves no matter who they are. So everyone gave 110% and we are very gratified that people are receiving his story in the spirit in which we put it out.] (SOUNDCUE: 4:18 … put it out)