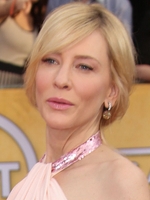 Meanwhile, MGM’s Fighting With My Family debuted in the fourth spot with $8 million, and Roadside Attraction’s Run the Race took tenth place with $2.3 million.

Dave Chappelle: ‘I Am Not Bending To Anybody’s Demands’
The Scoop on Paris Hilton Wedding and Registry Details
Vanessa Bryant Reveals How She Found Out About Kobe And Gianna’s Death
Dave Chappelle Is Open To Having A Conversation With Netflix Employees
Halle Berry Once Told X-Men Director To Kiss Her ‘Black A**’
Jamie Lee Curtis Says Her Job Is To Support Her Transgender Daughter