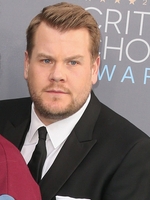 JAMES CORDEN TO HOST TONYS: The Late Late Show host James Corden has been recruited to host the 2019 Tony Awards. Corden won a Tony himself in 2012 for his performance in One Man, Two Guvnors, and previously hosted the Tonys in 2016. “I’m thrilled to be returning to host the Tony Awards, the Broadway community is very dear to my heart and I’m beyond proud to be part of this incredibly special night,” Corden said of the honor. The show will be broadcast on CBS from Radio City Music Hall in New York City on June 9 at 8 p.m. ET. Nominations will be announced April 30.

TOY STORY 4 TRAILER DROPS: After months of teasers, the first full look at Toy Story 4 arrives. The trailer stars Woody (Tom Hanks), Buzz (Tim Allen), Jessie (Joan Cusack), Slinky Dog (Blake Clark), Rex (Wallace Shawn), Hamm (John Ratzenberger) and others. In it, the crew is settling into life in Bonnie’s room when Forky comes in and sends old and new toys on a road trip. Keegan-Michael Key and Jordan Peele are also joining the fun this time around. Toy Story 4 debuts in theaters on June 21, 2019.

PAUL RYAN JOINS FOX CORP. BOARD: With just 24 hours to go before 21st Century Fox closes its deal with Disney, Paul Ryan has joined the Fox board. Other new directors include Anne Dias, Chase Carey and Roland A. Hernandez. “We are thrilled to welcome our new colleagues to the Fox board,” Lachlan Murdoch said in a press release. “We look forward to working with and being guided by them as we begin a new chapter, steadfastly committed to providing the best in news, sports and entertainment programming.”