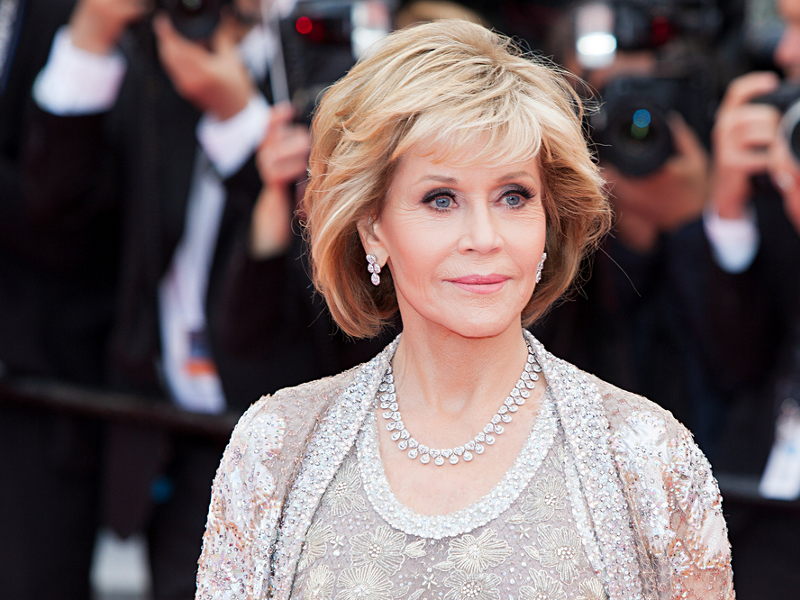 PRPhotos.com
Posted on January 27, 2021 by Pulse of Radio

JANE FONDA TO NAB CECIL B. DEMILLE AWARD: The 83-year-old Jane Fonda will receive the Cecil B. DeMille Award at the virtual Golden Globes on February 28th. She is the daughter of Henry Fonda, and the sister of Peter Fonda, the winner of two Oscars and seven Golden Globes, will be the 67th recipient of the honor. Walt Disney, Judy Garland, John Wayne, Frank Sinatra, Oprah Winfrey, Tom Hanks and yes, her father, have also enjoyed the honor. She stars in Netflix‘s Gracie & Frankie, soon to become the streamer’s longest-running original series after 7 seasons.

MICHELLE WILLIAMS SIGNS ON FOR SHOWING UP: Michelle Williams and Kelly Reichardt are partnering up on Showing Up, with Williams starring and Reichardt directing. They previously collaborated on Wendy & Lucy, Meek’s Cutoff, and Certain Women. The story follows an artist navigating life ahead of a career-changing exhibition.

TRAILER FOR LITTLE SATCHMO BOWS: Little Satchmo, a feature doc about Louis Armstrong starring his daughter, who kept their link hidden, has released a first look. The film is based on Sharon Preston-Folta‘s memoir, who revealed that she was Armstrong’s daughter in 2012, decades after his death. She narrates the project.

PEPSI BETS ON CHERRIES WILD: Cherries Wild represents a different way for Pepsi to reach buyers. The company, which has long held viewers captive with ads starring Madonna, Britney Spears and others, is launching a game show set to air Sundays on Fox starting February 14th. “Consumers are in control more than ever,” says Todd Kaplan, vice president of marketing at Pepsi, in an interview with Variety. “They have skip buttons. They can DVR-fast-forward. They can pay to eliminate ads with a subscription.” As a result, he adds, “this concept of interrupting content with your message has serious limitations. As fans are consuming, they don’t want to be interrupted.”