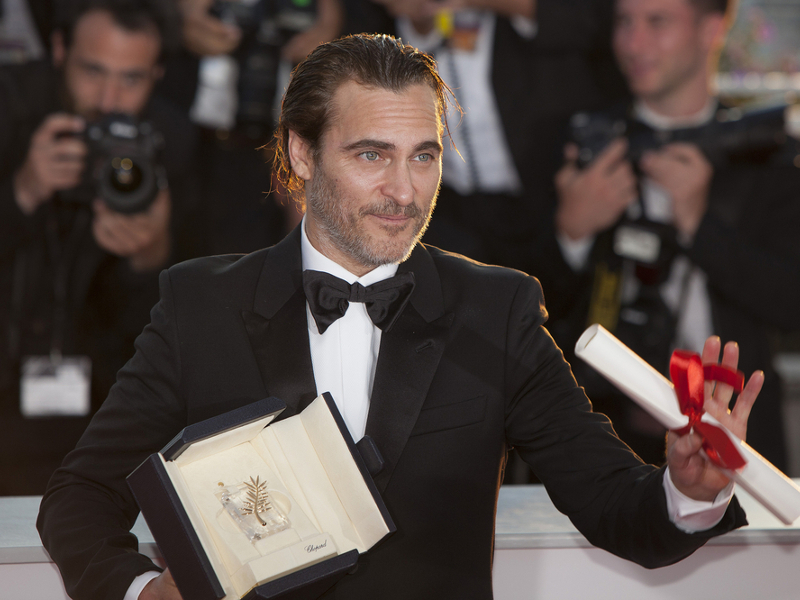 JOAQUIN PHOENIX NAMED PETA’S PERSON OF THE YEAR: Joker star Joaquin Phoenix has been named PETA‘s 2019 Person of the Year. Phoenix has been vegan since age 3, and has appeared in PETA campaigns and promoted legislation banning traveling circuses. “Joaquin Phoenix never misses an opportunity to turn the spotlight away from himself and onto animals' plight and to set a great example of walking the vegan walk,” PETA president Ingrid Newkirk said in a statement.

FROZEN 2 & MISSING LINK LEAD ANNIE NOMINATIONS: Disney‘s Frozen 2 and Laika‘s Missing Link are leading the 47th Annie Award nominations with eight each. Both are duking it out for best animated feature. DreamWorks‘ How to Train Your Dragon: The Hidden World, Netflix‘s Klaus and Pixar‘s Toy Story 4 are also in competition for the honor. The ceremony is held on Jan. 25 at UCLA‘s Royce Hall.

CURB YOUR ENTHUSIASM TEASER DROPS: Larry David set his toaster to two-and-a-half years, and is hoping to scrape off the burned bits and make it edible. HBO teased the upcoming season, which will drop in 2020 after a two-and-a-half hiatus. “We can’t wait either,” the network declares in the teaser

KENDALL AND KRIS JENNER TO PRODUCE SERIES ON KIRBY JENNER: Kendall and Kris Jenner are set to produce a series about her “fraternal twin brother Kirby Jenner,” on Quibi. The show will be based on the Instagram parody account by Kirby, and will chronicle his daily life. “I’m thrilled that Quibi viewers will get an inside look at the life of my twin brother and he’ll finally have the opportunity to shine in this series,” Kendall said in a statement.