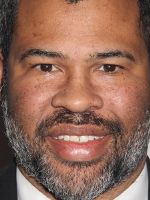 JORDAN PEELE TAKES ON MUSIC & FILM: Jordan Peele has long spoken of the key role music plays in his work, particularly his new film Us, and the film-music connection more generally. “Jordan has such a visionary approach to the interplay between music and film,” said Universal EVP of digital marketing Doug Neil. “Celebrating his voice and vision on Spotify, which reflects culture through every stream, made perfect sense as we looked to build excitement around the release of this incredible film.” Beginning Monday, March 18th, the Oscar-winner took over Spotify’s TV & Movies hub with a 1 hour and 50-minute playlist. The playlist will run through the theatrical release of Us on Friday. Us’ distributor, Universal Pictures, is sponsoring the takeover. The playlist includes Luniz’s “I Got 5 on It,” Janelle Monáe’s “I Like That,” Koffee’s “Toast,” Minnie Riperton’s “Les Fleur,” and the Beach Boys’ “Good Vibrations.”

WALL STREET GEARS UP FOR DISNEY, FOX MERGER: Disney’s merger with Fox is finally set for this week. Disney will close the $71.3 billion deal after 9 p.m. PT today (Tuesday), and Wall Street is already revving its engines. Since the merger was revealed in mid-February, Disney stock has soared 7%, Variety reports. “While there is little question there are more DTC services today than ultimately should survive, we have no doubt that Disney+ remains on the short list of products that should prevail longer-term,” JPMorgan analyst Alexia

Quadrani writes. “Our confidence in the resilient success of Disney+ comes from the company’s unmatched brand recognition, extensive premium content and unparalleled ecosystem to market the service.”

U.K. CALLS FOR REALITY TV SUPPORT: Following the death of Love Island’s Mike Thalassitis, British Health Minister Matt Hancock is calling for broadcasters and media producers to do more to support the mental health of reality TV contestants. Thalassitis died over the weekend, and is just the latest reality star to reportedly die by suicide. Hancock, who was the former Culture Minister, speaking at the Spectator Health Summit, said, “I am very worried about the support for the mental health of contestants on reality TV shows. The sudden exposure to massive fame, I suppose, can have significant impacts on people and I think that it is a duty on any organization that is putting people in the position of making them famous overnight, that they should also look after them afterwards. I think that people need to take responsibility for their duties to people’s wellbeing very seriously.”

NBC AND SKY TEAM UP ON ADS: In what many observers believe is a sign of future synergy, NBCUniversal and Sky are expanding their unified AdSmart suite of tech-enabled ad solutions, according to Deadline. It’s the first joint ad effort since Comcast snapped up Sky last year. In practice, it means specific subscribers will see ads based on where they live and other personal details.