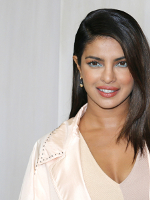 PRIYANKA CHOPRA LAUNCHES INSPIRATIONAL SPECIAL: Priyanka Chopra is teaming up with YouTube on a special dubbed, If I Could Tell You Just One Thing. It launched Wednesday on her YouTube channel, which has 1 million subscribers. In the series, she interviews Awkwafina, Simone Biles and Diane von Furstenberg and asks them for one actionable piece of advice that she can use in her own life. She says, “I guess getting married really made me think about what a next chapter is.” Chopra famously married Nick Jonas last year. Will you tune in?

DISCOVERY LAUNCHES WHEELER DEALERS SPINOFF: Wheeler Dealers is getting a spinoff on the Discovery Channel. Dubbed Wheeler Dealers: Dream Car, the eight-part series will be an extension of the successful format, and be hosted by Mike Brewer.

BRAD FALCHUK JOINS THE NETFLIX PARTY: Brad Falchuk is joining his longtime collaborator Ryan Murphy at Netflix. He has reportedly signed a four-year deal worth eight figures; his current deal with 20th Century Fox expires June 1. He and Murphy have worked on Pose, American Horror Story and the upcoming The Politician (which stars his wife Gwyneth Paltrow), among many others.