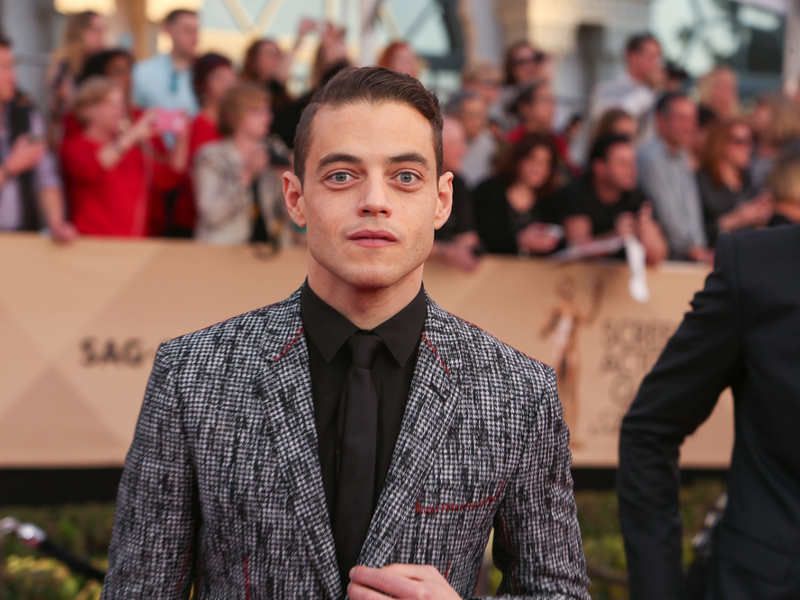 RAMI MALEK CREDITS MR. ROBOT FOR LANDING HIM ROLE IN BOHEMIAN RHAPSODY: Rami Malek believes his part in Mr. Robot landed him his Oscar-winning role in Freddie Mercury’s Bohemian Rhapsody. "This seemed to propel me into a different space. I wouldn't have gotten the role of Freddie Murphy in Bohemian Rhapsody if it wasn't for this show," he said of his role as Elliot Alderson in Mr. Robot at the Tribeca Film Festival, ET reports. "[I] probably wouldn't have had the type of success I'm seeing in my career right now, so I'm so fortunate to this show, especially for giving me this platform, giving me one of the greatest characters that I could ever play, anyone could ever play."

NETFLIX LAUNCHING KOREAN FANTASY DRAMA GLOBALLY: Netflix has boarded the South Korean fantasy epic Arthdal Chronicles, and will launch the 18-episode series globally on June 1. Song Joong-ki, Jang Dong-gun, Kim Ji-won and Kim Ok-bin in the show, which follows the birth of civilization and nations; it will feature mythical heroes and their struggle to find unity and love in a virtual land called Arth.

APOCALYPSE NOW DIRECTOR FRANCIS FORD COPPOLA TALKS MARLON BRANDO, MANAGING CHAOS: In a conversation at the Tribeca Film Festival with Steven Soderbergh, Francis Ford Coppola reminisced about working with Marlon Brando. “Brando is in a class of his own. What he talked about was fascinating … But he was like a big kid.” Asked about regrets, Coppola said: “My whole life, I look back and say, ‘I wish I had dialed it back a little bit.’”

SPOTIFY HITS 100M SUBSCRIBERS: The music streaming service Spotify has 217 million active monthly users and 100 million premium subscribers, it revealed Monday. CEO Daniel Ek told analysts in a phone call Monday, via THR: "The music industry market is way bigger than most people realize. There's a billion customers in the world that are consuming music. We are all trying to get the music industry into streaming, and that's a cyclical trend that will keep going for at least another five or ten years."