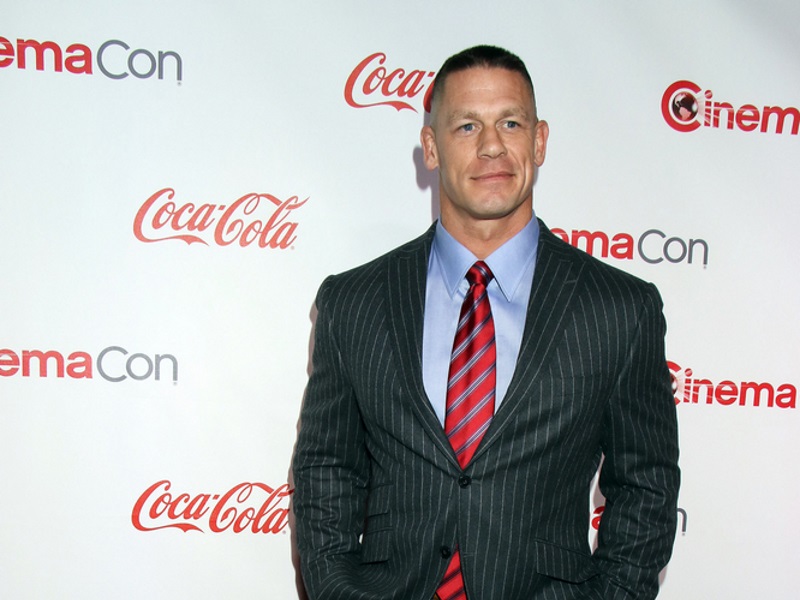 John Cena sparked engagement rumors after he and girlfriend Shay Shariatzadeh were spotted out, and she was wearing quite the sparkler on her ring finger.

The pair were out and about in San Diego. An onlooker told E!: “John Cena was spotted today at a carnival in Mission Beach, San Diego with Shay Shariatzadeh right behind him with huge engagement ring on her finger….They were very affectionate. She was grabbing onto his arm the whole time and the ring was def on her left hand.”

Another fan who was there told E!: “She had a huge rock on her left hand! They were definitely holding hands, that's when I noticed him walk by.”

Photos of the outing (and the rock) have also surfaced, and Cena has possibly been hinting about their engagement online, some say, pointing to a pic of a bride and groom dancing that he randomly posted and another of a man holding a heart that read, “Say yes.”

Cena and Shariatzadeh first got together in March of 2019. Cena previously was engaged to Nikki Bella; they split in 2018 after six years together. Bella is now engaged to Artem Chigvintsev, with whom she is expecting her first child.

Jeezy And Jeannie Mai Engaged
Prince William Is Hurt That Harry Is in L.A. During Coronavirus Crisis
Sarah Hyland Is Not Thrilled With the Modern Family Ending
Wayne Brady Is In Quarantine With Ex-Wife And Her Boyfriend
Emma Watson Is ‘Fascinated’ by Kink Culture
Rihanna Says Racism Is Alive Everywhere