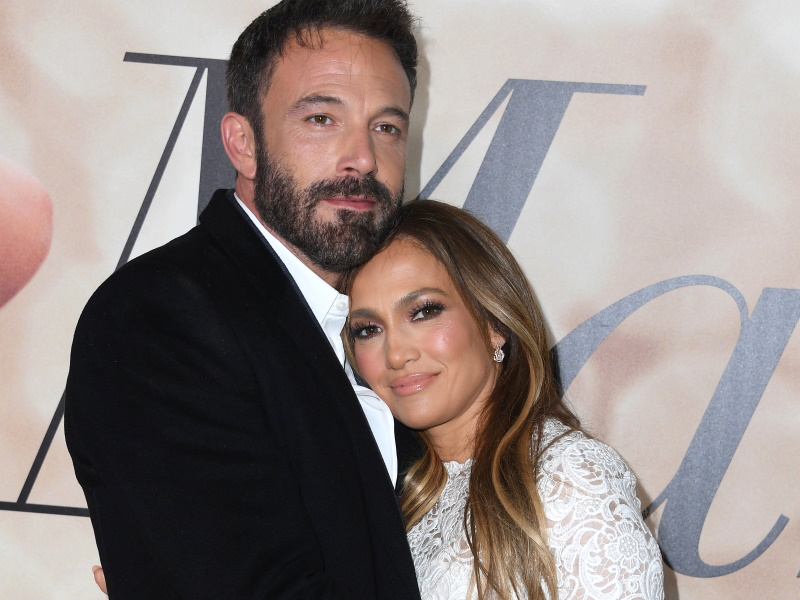 Getty Images
Posted on November 30, 2022 by Pulse of Radio

Ben Affleck had a special message engraved on Jennifer Lopez‘s engagement ring, and the Marry Me star recently revealed what it is. The silver band on her green diamond ring reads, “not.going.anywhere.”

Lopez explained the meaning behind this to Zane Lowe on Monday (November 28th). “That's how he would sign his emails when we started talking again. Like 'Don't worry, I'm not going anywhere,'” she said.

Robyn Dixon Admits Husband Juan Had An Affair
Pamela Anderson’s Son Wishes She ‘Made The Money’ From Stolen Sex Tape
Tyler Perry And Other Stars React To The Death Of Tyre Nichols
‘Avatar: The Way Of Water’ To Become The 10th Highest-Grossing Film Domestically
Michael B. Jordan Jokes About His Breakup With Lori Harvey On ‘Saturday Night Live’
Pamela Anderson Tells ‘Pam & Tommy’ Creators They Owe Her ‘A Public Apology’