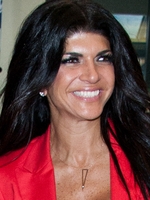 Joe Giudice is a free man, kind of. The Real Housewives of New Jersey star was released from Allenwood Low Federal Correctional Institution in Pennsylvania, but instead of heading home, Joe headed to an immigration detention facility.

“Mr. Giudice has finished serving his federal prison sentence and was transferred early this morning from the Bureau of Prisons to a facility in western Pennsylvania which houses immigration detainees,” his attorney James Leonard Jr. tells People. “His lawyers and his family are hopeful that justice will prevail and Mr. Guidice will return home to his wife and four daughters who love him and miss him.”

He was told in October that he would be deported to his native Italy after his sentence was served. Joe never became an American citizen, despite living here since he was a child; immigrants can be deported if they commit a “crime of moral turpitude.”

Joe served 41 months in prison for fraud. His wife Teresa, 46, served 11 months. They served their sentences at different times so that one parent could always be home with their four children.

While he was behind bars, Teresa was photographed holding hands with Blake Schrek, 26, a realtor. She also told said during the RHONJ reunion that she would not join Joe in Italy if he was deported, and that she would pursue a divorce.

How Hollywood Is Supporting Protesters
Scott Disick Parties With Kardashian Crew After Rumored Split From Sofia Richie
Lori Loughlin and Mossimo Giannulli To Learn Fate in August
TLC Is Open To Doing A VERZUZ Battle Against Xscape Or SWV
J.K. Rowling Announces Plans To Publish a Free Fairy Tale, and Is Asking for Fans To Help
Kelly Dodd Says ‘No One Is Dying,’ Goes Mask-Free